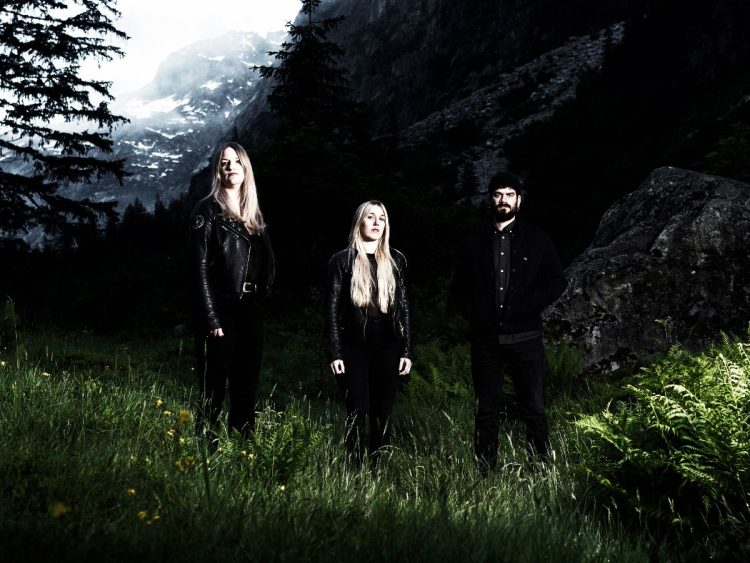 E-L-R have announced more live dates for 2022 in support of their forthcoming second album “Vexier” out on March 11. In addition to supporting SYLVAINE at the release show of the singers new album “Nova” at the Noveau Casino in France’s illustrious capital Paris on March 2, 2022, the Swiss doomgazetrio will be touring the Helvetian confederation in April and May as well as performing at festivals including two in Germany at the end of this year. Please watch this space for more shows to be added in due time.

E-L-R comment: “These last two years have passed like a shifting and furious whirlwind, but we are incredibly grateful to play live again very soon”, writes the Swiss trio. “We will bring along some new songs from our upcoming album ‘Vexier’ that will also be available on vinyl, CD alongside new merchandise at our shows. We hope to see you there and meet already familiar and fresh faces again!”

The simple strumming of a rhythm guitar slowly expands into an ever widening reverb space. Gentle voices arise in the background. A lead guitar on a high note begins to thread roots through the velvet darkness of opening track ‘Opiate The Sun’ of E-L-R‘s sophomore full-length “Vexier” until the rising pressure finds a way out and the rapidly expanding sound-growth bursts out into the sun.

The style of the Swiss has been dubbed ‘doomgaze’ and ‘post-metal’ and both terms apply loosely to the trio’s meandering, down-tempo doom-epics. E-L-R‘s hypnotic phrases that are constantly varied and warped in repeating loops are reminiscent of shamanic rituals imbued with psychedelic colours. The trio weaves a subtle tapestry with diligence and persistence that depicts a labyrinth full of intricate details and hidden treasures.

E-L-R lure and seduce the listener with glimpses of deeper meaning and the constant discovery of new layers that reveal further ones once peeled away. “Vexier” does not give up its secrets easily and there are many shifts and twists hiding in the shadows as implied by the title that derives from the Latin word “vexare” meaning “to plague, to irritate” and in German a ‘Vexierbild’ means a flip-flop image while in some dialects a ‘Vexier’ is a puzzle game. All of these layers of meaning find an echo on this album. What is heard on the first spin might morph into something different and reveal new sonic shapes with repeated listening.

E-L-R were conceived by bass-player I.R. and guitarist S.M., who both also took on vocal duties in the German Swiss city of Bern in 2016. They were soon joined by another friend, drummer M.K., whose emotive and intricate style proved to be the perfect fit. The release of their debut album “Mænad” (2019) was greeted with widespread acclaim by critics and fans alike, and led to invitations to tour with AMENRA, supports slots for WOLVENNEST, HANGMAN’S CHAIR, and DARK BUDDHA RISING among others, and festivals such as Up In Smoke and Prophecy Fest, while an appearance at the Beyond The Redshift Festival in London is scheduled for March 2022.

During the global live-break of 2020 and 2021, the Alpine dwellers used the time to hone their song-writing skill to a new level of cutting-edge precision and to concentrate on a focused recording of their second full-length “Vexier” which was recorded and mastered in their hometown Bern by Remo Häberli at Hidden Stash Studio.

With “Vexier”, E-L-R take another decisive step forward and invite the listener on an adventurous journey through their fascinating and multi-dimensional musical cosmos.