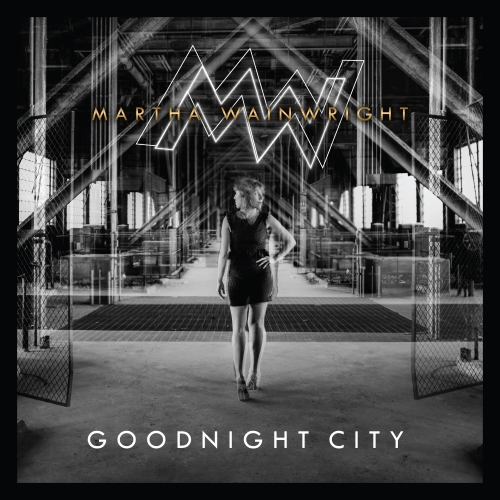 Described sometimes as a folk artist, Martha Wainwright has delivers her seventh solo album album to us. Musically there is a lot more to listen to than folk songs, in fact it would be difficult to find pure folk on “Goodnight City”, every song has its own character. The instruments are generally acoustic guitars, moody keyboards, shuffling percussion, and the expressive vocals of Martha. But there are surprises throughout, almost every song introduces a new musical approach and instrumental sound. With a laidback pop-folk start, “Goodnight City” begins with “Around the Bend” – a world weary ode to life which also has a music video made by Martha. A love song to Martha‘s child follows with the insistent pleading of “Franci”. It has a repeated call to “Franci” throughout which seems overused. Sadness joins the repetition on “Traveller”, a song about the memories of person taken by cancer. Electric keyboard and bluesy saxophone join in on “Look Into My Eyes”. And so the variety of songs continue until the album closes with my favourites, the funky “Take the Reins” and moody show tune “Francis”. Listening to “Goodnight City” is alike a night drive through an old city. Lights and bustle turn into the deserted decay of yesteryear which then moves onto the romantic park, and so on. The dramatic repetition of lyrical phrases (or single words) in a number of the songs was too much for me. Which is curious because I also found it difficult to get into the groove of the record with the stylistic changes between songs. There are sections of “Goodnight City” to enjoy in comfort, and sections to startle. Perhaps you will find your own favourite spots to visit when you listen to the album.