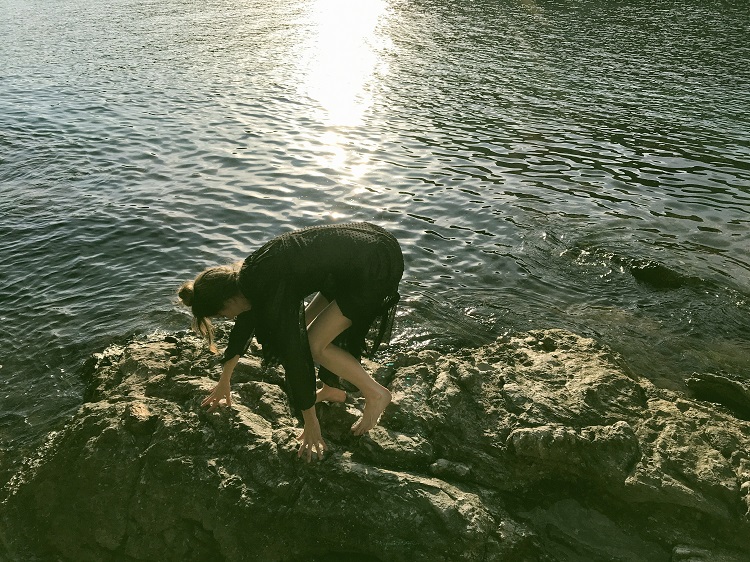 Australian artist Penelope Trappes is back with her last installment of her tryptic trilogy. The Brighton based singer-songwriter has just released her new full-length “Three” via Houndstooth.

In this chapter, after dealing with the deep and intense feeling of grief in “Two”, the singer come simply to term with life and healing.

And she does this by adding her signature ambient gothic music. Let’s discover more together in this interview. Enjoy!

Hi Penelope, welcome to Femme Metal Webzine. How are you? And, how these precarious days are treating you?

Hello and thanks for having me. It has been a super tough time for many people but I’m feeling very thankful that I am healthy, happy and creative.

When all the chaos of the pandemic began I decided to take extra care of myself and now that things are lifting a little bit I am feeling the benefit of it. I feel quietly optimistic for the future.

For the readers that are not familiar with your musical journey, would you like to spend a couple of words about how everything started?

As a child I studied piano and taught myself guitar as a teen, then as a young adult I studied Opera and Jazz, with my main instrument being voice.

Unfortunately Opera didn’t inspire me leading me to lose interest and focus in music altogether.  Thankfully after my daughter was born in my late 20’s I found new creative inspiration. I wanted this tiny child to grow up and be proud of me one day.

My daughter inspired me to be true to myself so I started writing songs and was in a couple of bands. After moving to London 7 years ago I made the decision to work on solo compositions, starting with renting a small piano studio and making demos of just piano and voice.

Then I explored aspects of production which was all very new to me. I delved into creating soundscapes that could accompany my voice. Then, the piano by adding reverberated guitar and field recordings which became the basis of “Penelope One”.

On May 28th, it will be released your third full-length simply called “Penelope Three” via Houndstooth. What can you share about its general production?

“Penelope Three” began a couple of years ago when I went away by myself to the sea to write demos. The sound of seagulls, the water and the solitude became the spine of the album.

I often would begin with a synth drone, or a guitar with heavy reverb, plucking a single string, and then riff vocal ideas around this meditative state. From there, I then delved more into the lyrical content, the stories that I wanted to tell, having chosen voice to guide the album.

I’ve also learned that “Penelope Three” is part of a bigger and resonated artistic concept project. Which place holds “Penelope Three”? And, how it connects to the whole ‘big picture’?

“Penelope One”, “Two” and “Three” are all chapters in the journey of ‘Birth, Life, Death’. With “Penelope One” it was about rebirth, coming into myself as a mature woman, confidently being reborn. In “Penelope Two” I was writing about the shadows that travel through our lives, the grief and the loss that can get a stronghold on us.

And with “Penelope Three”, it was about coming full circle and understanding the patterns of life, of womanhood, motherhood, ageing and surrendering to them. to let go and begin the journey of healing.

According the press release, “Penelope Three” is “is a celebration of womanhood and a testament to the wisdom acquired”. Musically speaking, how these positive feelings reflect on the musical mood in “Penelope Three”?

With most of my music there is a lot of aural space to help place a clear and certain emotion within each song. Sonic minimalism to allow the voice and the stories to resonate within those landscapes. It was about trying to find a sensitive balance between celebrating womanhood but still acknowledging a heaviness.

We still live in a patriarchal society and as you begin to understand more about where, as a woman, you fit within this society, you have to be brutally honest with yourself. Most of my songs musically address the darkness that lurks below the surface.

Reverb creates the ghosts in our minds. There is always an opposite energy trying to take away our focus, but we have to always work toward the light and toward healing.

Out of your upcoming album, there were released two singles: “Nervous” and “Fur & Feather”. In your opinion, how these two singles represent the whole album?

“Nervous” addresses the anxiety that can cripple humans. Everyone has things they keep inside them out of safety, and looking closer at them can be petrifying. The song is about becoming brave enough to face your own darkest truths. It ties into the themes of “Penelope Two” surrounding grief and loss.

“Fur & Feather” is like another other bookend of the album. a love song to me, to my daughter and to the future. It’s about letting go of certain security blankets and having faith in the universe and in your own sense of self.

I’m also aware that when you are not busy composing music, you are involving in photography, video and performance art as part of the collective Agnes Haus. When your collaboration started with Agnes Haus? And, which impact has on your musical side?

Film and photography is an essential part of the whole creative process for me. I can get lost in a photo and find that it brings up deep emotions, ideas, sounds, and words. Cinema, and certain television, can inspire me to think of things in a different way. The more I explore, the more I want to create.

Photographer Cindy Sherman‘s work, addressing identity, has always deeply resonated with me with the thought of how we, in this society, can change how we feel and present ourselves to the world in a heartbeat. There are so many characters that we can play, or live, or be.

Agnes Haus was formed as a collaborative venture that started when my partner and I began exploring identity photography. From there, it has grown toward creating short films that can take music to another level – that now almost feel essential to the process of my music.

I have a lot of tour-dates coming up later in the year with my cellist and synth player, and all the while, I intend to continue writing new music and working on collaborations for future releases. I also intend on further exploring acting and filmmaking.

So, Penelope, we’re almost at the end. Please be free to say hi to your fans and your readers. Thank you so much for this interview.

Thanks so much for inviting me to chat about “Penelope Three”. I hope that there are now inklings of inspiration in everyone who has taken time to read this. Heal, grow, love, create.  Love and peace, Penelope