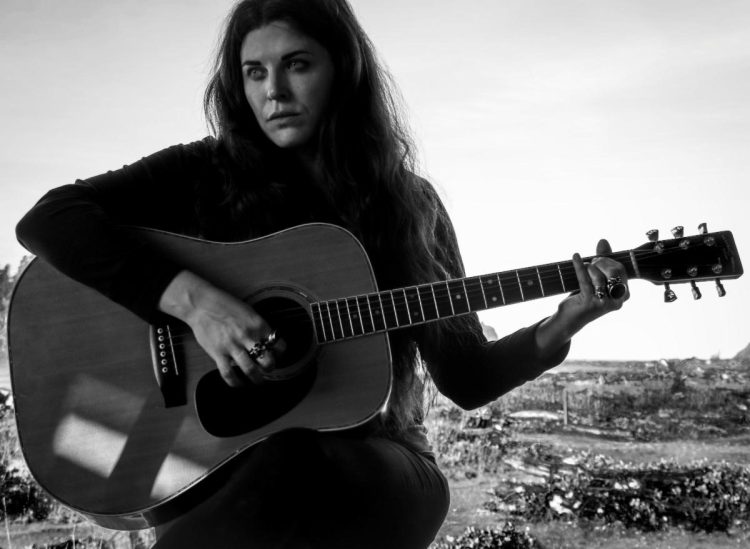 Seattle-based dark folk solo artist SERPENTENT has released the first single from their upcoming studio album. The new track, titled “Rise & Fall” was released on March 18th, and is accompanied by a music video. The new album from Serpentent, ‘Ancient Tomes Vol. 1: Mother of Light’, will see a May 20th, 2022 release via Svart Records.

Speaking about the new track, Serpentent comments:“A continuation of several other meditations on the ebbs and flows of all that rotates within the universe, ‘Rise and Fall’ was written the day after my grandfather passed away as a means to reflect, process, and express gratitude for him. As a whole, it is a triumphant ode to life and death, in terms of both micro and macrocosm. Everything exists in the past, present, and future simultaneously at any given moment, and in that, we are all beautifully immersed in infinity and the people we love are “alive” even when they’re physically no longer present; especially when we continue to speak of them, to tell their stories, and celebrate their existence.”

Svart Records is proud to debut Mother Of Light, the epic first album by dark folk songstress Anne K. O’Neill, under her Serpentent banner. As Serpentent, multi-instrumentalist and visual artist Anne K. O’Neill weaves a deep cinematic spell of gothic folk, combining elements of European folk music and neoclassical influences. Transfigured by her extraordinary, evocative vocal style, Serpentent’s Mother of Light is a lush saga. Unfastening her industrial roots, Serpentent sees O’Neill conjure monumental sonic narratives that are magnificently visual but fiercely vulnerable, her voice commanding an unconquerable presence. Emotionally charged, Serpentent sets the stage with songs of love and grief, magically distilled through eloquent landscapes of sound. Gothic classical neofolk or 80s-tinged neoclassical dark pop, only the listener can experience for themselves. Serpentent are that unique paradox, almost beyond genre, leaving you speechless and struggling to find words that can describe sheer beauty.  With nods to Jung, Bataille, Camus, and Krishnamurti, Mother of Light’s themes serve as a rumination on the meanings of life and death making this debut Serpentent album an opus of philosophical observation. Featuring accompaniments by Joseph M. D’Auria on drums, Dylan Desmond on bass, and guest appearances from Lorraine Rath, Sasha taqʷšəblu LaPointe, Kakophonix, and Joy Von Spain, Mother of Light Together with artwork created by Anne K. O’Neill, Serpentent’s Mother of Light is an unflinching masterwork of artistry from cover to cover. O’Neill’s dark folk soundtracks, with her song-craft and voice bringing to mind Lisa Gerrard and Jocelyn Pook will appeal to fans of everything from Chelsea Wolfe, Darkher, Lindy-Fay Hella and Dead Can Dance to Emma Ruth Rundle, Enya, Mazzy Star, and even Svart Records own Hexvessel. It’s hard not to believe that Serpentent is a prescient star whose moment has arrived. Mother of Light is a shining gem of darkness waiting to be discovered and explode into the mainstream. As explorers who have been there discovering many new artists as they emerge, take our word for it that Serpentent is one to seek out, to be there as the levee breaks. Allow Mother Of Light’s wave of life and death to illuminate you.