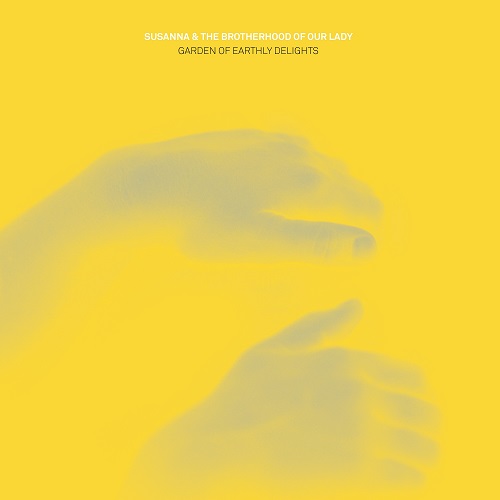 Hieronymous Bosch painted The Garden of Earthly Delights and many other works. These images are the inspiration for the album with the same name. Bosch‘s works are themed around religion and he is particularly known for his representations of hell. The Illustrious Brotherhood of Our Blessed Lady was a religious group of which Bosch held membership. However, here The Brotherhood of Our Lady refers to the backing group for Susanna. To say this album draws on the Bosch for inspiration is obvious even from the words adorning the album cover. Everything else about the album not so much. While music is typically built out of repetition the reverse could be said for Bosch, he created a diverse series of images portraying horrific contrasts. In comparison “Garden of Earthly Delights” is a low key lush production with a variety of passages overusing repetition. The greatest offender is the word “money” repeated 19 times, then repeated again for 19 times. The song is “Death and the Miser” after the painting of the same name. The original painting is thought to be in the memento mori theme (remember death comes us all). The religious interpretation depicted in the painting is one of a man near death too attached to worldly possessions, a.k.a. a bag of gold. He should have been thinking about his afterlife of course and gaining favor with the Christian gods. Obviously there is a referential tie between the word money and a bag of gold, however, the song does not recover from the annoyance. Elsewhere the repetition is more distraction than irritant. Though repeating “amen” so many times during the last third of “Ecstasy” does little for this listener. All songs aptly fit a folk ballad description. On the surface, this could be experienced as a reverential celebration of Bosch and his beliefs. In truth, there could be a more subtle interpretation closer to the despair of life in our present-day world. There are a few tracks which do catch my ear, like “City of Hope”, it is a shining use of repetitive phrases which seem to hinder other tracks. It was not a surprise to find this was the first single from the album. Obviously “The Garden of Earthly Delights” was not for me. It may well suit your ears though. Susanna has a long history of works in a similar style. The fans will love this, as will those who want to hear thoughtful folk, sung with perfectly paced tones for a hot and sunny afternoon sitting in a shaded section of the garden.