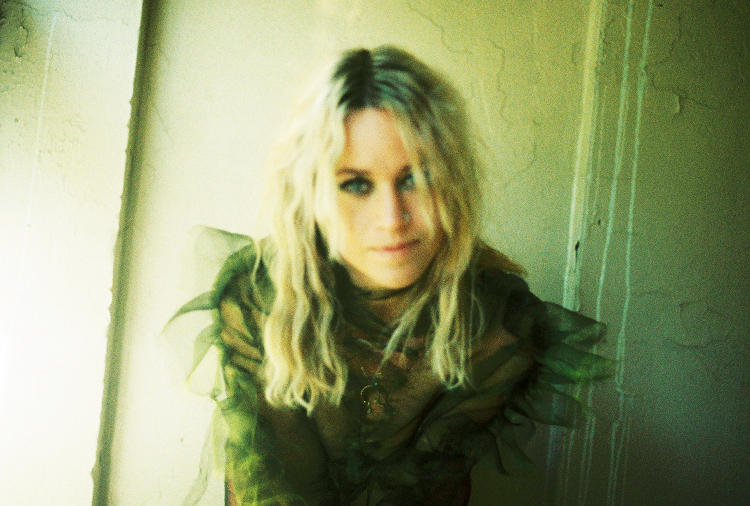 ANNIE HAMILTON – An Interview with the artist

After the release of her debut EP last year, Eora/Sydney-based musician Annie Hamilton is back with her new single “Exist” via [PIAS] Australia. In this new single, her dream-pop and alt-rock trademarks are full on display with her hopeful lyricism. Discover more with us. Enjoy!

Hi Annie, welcome to Femme Metal Webzine. How are you? And how is it going so far with the COVID situation back in Australia?

Hello! I’m good thanks – it’s a nice slow Sunday and I’ve spent the day spring-cleaning to get all the gross lockdown vibes out of the house. We just got out of a pretty strict 4-month lockdown and it feels good, optimistic.

I’m excited for summer. The last two years have been hard but it feels like there’s a light at the end of the tunnel now with the vaccines.

For those readers who are still not familiar with your music, could you please tell how did your artistic journey start?

I started playing guitar as a teenager but was super shy for years – I couldn’t play or sing in front of anyone. Then when I finished high school some friends and I started a band called Little May, which I played guitar in for a few years. We toured heaps and released an EP and an album while I was in the band – it was such an incredible experience and I learnt so much.

In 2016 I started my own fashion label and decided to leave the band, and soon after started working on my own music. The last few years I’ve been working on my music and fashion, experimenting a lot, touring, teaching myself music production and playing guitar for a few other artists like Jack River. I released my debut EP in early 2020, and then a stripped back version of the EP a few months later, and have just released a new song called “Exist”.

Before introducing your new single to our readers, I’d like to recall your S/T EP released back in 2020. What can you share about its general production and its songs?

The creation of that EP was really a documentation of my first couple of years as a solo artist. I wrote and recorded a lot of songs in this period, and spent a lot of time experimenting with my sound and my voice. I spent two months in Iceland on an artist-in-residence program where I was living in this beautiful apartment with a grand piano in a tiny town in the far north of Iceland.

It was so incredible – landscape has always influenced my art but spending two months alone in Iceland really took that to another level. The landscape there is so dramatic and it definitely crept into my music and art. I designed a capsule fashion collection inspired by the changing of the seasons and worked on a lot of music. Then, I played my first ever solo gig there, which was huge for me.

I was always really self-conscious and terrified of playing solo, but that period in Iceland felt kind of removed from reality. lt felt like I could do all these things which I’d be too scared of doing back home. Over the years it took me to finish the EP (which involved many songs being recorded and scrapped, or started again, or reworked) I felt really frustrated that it was taking me so long to finish the body of work, but looking back I think I needed to spend that much time experimenting in order to really figure out what I was trying to say with the work. It taught me to be patient.

Now, let’s get back to your stand-alone single “Exist”. When did the song come to life? And what insights can you share about its lyrics?

I wrote “Exist” in the middle of lockdown in 2020. I wrote the lyrics first, and then sat down with my guitar and recorded a demo pretty quickly. It was one of those rare songs that seems to arrive fully-formed. I wrote it for my sister, she was going through a difficult time and I felt like there was nothing I could do to help.

It’s about focusing on the small things when you can’t make sense of the big things. The lyrics felt very heavy to me, so I wanted the music to be upbeat and hopeful to balance out the darkness. A lot of what you can hear in the final version came from my original demo, but we recorded drums, bass, vocals, violin and some extra synths in the studio in January with my band.

The song was produced by you and Pete Covington. How was collaborating with him? And what did you learn during this experience?

I’ve been working with Pete for years. Indeed, he co-produced my EP (and upcoming album) with me. And he has mixed all of my songs – so we’re really comfortable working together. He’s amazing! I feel like we’ve both learnt so much working together. Probably the biggest thing that I’ve learnt is that there is no formula or process that works every time.

Every song is different. Some songs fall into place quickly and effortlessly. Other songs we work on for years and can’t figure them out. It’s so unpredictable and kind of impossible to plan for. So, I’ve learnt to just roll with it, be open to change and to always trust your gut.

Beside being a singer-songwriter, you are a real all-rounder by being a visual artist and fashion designer too. In general, what does inspire you? And, how do visual arts impact on your music?

I find inspiration everywhere. A lot of my design work especially is inspired by the natural world. But I think when you actually stop for a second and take in what’s around you, there is magic everywhere. I try to write or draw every day. And I try documenting moments from my day or the things around me or conversations that I have with people. I think the best lyrics come from the most mundane everyday moments.

The smallest passing comment or turn of phrase can end up carrying the most meaning. My visual art, fashion and music are all basically doing the same thing for me. They’re all vehicles for expression, just in different forms. I’m a bit of an introvert and I’ve always found it hard expressing myself in conversation. So, maybe that’s why I’m drawn to expression through art or music.

Sometimes you can say a lot more with a melody than you can with words. Whenever I’m working on a song I can always see the visual of it in my head. I think the music ends up being cinematic because I’m watching it like a film in my brain while I’m writing. I always know what the colors are. Or what time of day it is or what it feels like in the world of the song. So, I’m just trying to translate that into the lyrics and music. Then, likewise for the fashion and art stuff. I’m just trying to get all the stuff in my head out.

It definitely feels like a lockdown album, very introverted, questioning everything, processing everything. I’m releasing another song in November and then the album will be out early next year. I’m also so excited to play live again. I haven’t played a show all year and I miss it so much. I miss being in a room with my band making loud noises. So hopefully lots of that in 2021! I would also loooooove to go overseas and play some shows, so fingers crossed.

So, Annie, we’re almost at the end. Please be free to say hi to your fans and listeners. Thank you so much for this interview.

Thanks so much for having me! I really appreciate the support and can’t wait to share what’s coming next ♡