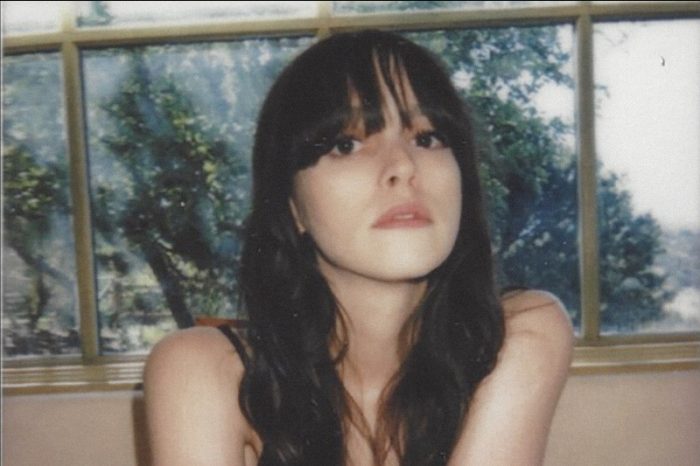 Following her highly praised return with “Happy Birthday Forever“, Toronto-born, London-based artist Tess Parks is today sharing a new single and video, “Brexit At Tiffany’s”. Following years of international touring and a lengthy list of collaborations with Brian Jonestown Massacre’s Anton Newcombe in recent years (most recently the duo’s self-titled 2018 LP), the track is lifted from her incoming solo album, ‘And Those Who Were Seen Dancing’, due out May 20th on Fuzz Club Records and Hand Drawn Dracula in Canada.

Out today, new single “Brexit at Tiffany’s” is a piece of smouldering, organ-soaked psych-pop driven by a husky spoken-word vocal from Parks that channels the gauzy poetics of Patti Smith and Lydia Lunch.

On “Brexit at Tiffany’s“, Parks recalls: “We were recording at Rian [O’Grady]’s house and the guys started playing this music which had Francesco [Perini]’s Ray Mananzarek Doors’ sensibilities and Mike [Sutton]’s Neil Young-esque guitar, and then I started reading this poem I had written which pieces together definitions of words I found interesting and had written down. The title is thanks to Ruari [Meehan] who kept saying this over and over and we all thought it was the best thing we ever heard.” She says of the video: “This video was as planned and thought out as its namesake. My friend Robert happened to be in London with a day to spare, so last minute we rallied up some friends who were graciously willing to spend an afternoon wearing these horrific English Breakfast masks.”

Robert Ascroft, a photographer and director based out of California, adds: “Tess and I met up for a coffee while I was on assignment in London. I told her I would love to shoot a video for her brilliant new record. Right from the start of the conversation she had the idea of wearing these English Breakfast masks. The shoot was very loose which is unlike any music video I have ever shot. Without much communication I got the idea and just ran with it. Tess and I have an unspoken way of working together and have similar tastes/references. We had a fun and fast shoot with some great friends both new and old. And we got some odd looks from passersby to top it all off.”

“In my mind, this album is like hopscotch”, Parks says of ‘And Those Who Were Seen Dancing’: “These songs were pieced together over time in London, Toronto and Los Angeles with friends and family between August 2019 and March 2021. So many other versions of these songs exist. The recording and final completion of this album took over two years and wow – the lesson I have learned the most is that words are spells. If I didn’t know it before, I know it now for sure. I only want to put good out into the universe.”

A creeping disillusionment with the state of the world paired with an injury that stopped Parks from being able to play guitar and piano for months meant the album was nearly shelved. “I really felt discouraged to complete this album”, she recalls: “I stopped listening to music for honestly about a year altogether and turned to painting instead. I really had to convince myself again that it’s important to just share whatever good we can – having faith in ourselves to know that our lights can shine on and on through other people and for other people. The thought of anyone not sharing their art or being shy of anything they create seems like a real tragedy to me. Even if it’s not perfect, you’re capturing a moment.”

Recorded over two years between 2019 and 2021 but with songs, lyrics and ideas dating back over a decade in some form, ‘And Those Who Were Seen Dancing’ is an album full of such moments, people and places. Out now with an accompanying video made from home-recordings of Parks at ballet classes as a child, ‘Happy Birthday Forever’ is a perfect case in point. Parks says of the track:

“These lyrics were written when I was living on Henshaw Street in Elephant and Castle in 2009. I think I used to play this at some of my first solo shows in London. In late August 2019, I brought the words to Ruari [Meehan]’s, and him and Francesco [Perini] had already made this amazing music so I sang over it and then later, Josh [Korody] added the awesome beat that comes in. The song was very cleverly and surprisingly originally titled ‘Get Me Out Of Here’, and one day in October 2020 my sister, Isabella, was driving us home from a mixing session and I saw a license plate that said ‘GMOOH’, which is how I always used to abbreviate it, so I was like, ‘Okay, I’m definitely on the right path, I must be. Gotta finish this album’.”

And Those Who Were Seen Dancing track list:
1. Wow
2. Suzy & Sally’s Eternal Return
3. Happy Birthday Forever (Youtube)
4. We Are The Music Makers And We Are The Dreamers Of Dream
5. Brexit at Tiffany’s (Youtube)
6. Old Life
7. Do You Pray?
8. Good Morning Glory
9. I See Angels
10. Saint Michael