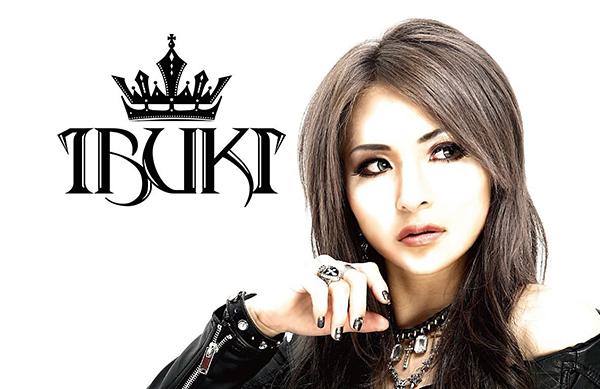 Finally, another dream interview was achieved. Exclusively for Femme Metal Webzine I have managed to interview one of the upcoming Japanese artists who are ready to break the ice in Europe. And precisely, I’m talking about IBUKI, who will re-release her debut album “Ex-Myself” via the brand-new label Setsuzoku Records. Concerning this, I need to publicly thank the label for arranging the interview; additionally, I want to heartfeltly thank Chris Morris from Setsuzoku Records and Orion Live for trusting me with this special feature. Also , IBUKI‘s upcoming full-lenght “Ex-MySelf” can be preordered here. Are you ready to join the next wave of Japanese power metal?

Hi IBUKI, welcome to Femme Metal Webzine. How are you and how life is treating you in these strange days?

I’m good, thanks! I have always loved the inside of my house (LOL). I’m living with a positive attitude.

For our overseas fans that are not familiar with you, would you like to present yourself?

It’s very nice to meet you! I’m IBUKI, a rock vocalist with a 4 octave voice, 2nd to none! I have been working in the heavy metal and hard rock scene for a long time!

Even if your debut album “Ex Myself” was released in Japan back in 2018, now, on 29th January 2021 will see the light in a special version for the European market. What can you recall about its general production? When did you start to collect the first ideas for it?

Yes, the recording itself was back in 2018 which was when it was released in Japan. My love of music actually started with composition. “ExMyself” was therefore a trip back to the start for me, exploring composition and not just my singing.
I wrote songs without limiting myself to specific genres so fans would maybe say “IBUKI can also make song like this!”.

As mentioned before, “Ex Myself” will be for the first time released in Europe and it will be released via the new-born UK’s label SETSUZOKU RECORDS. How the collaboration born with this new partner?

In the autumn of 2019, I performed live in London as support vocalist for the band FATE GEAR. The event was METAL MATSURI and the organizer of the event was ORION LIVE. The company was represented by Chris (Christopher Morris) who also started SETSUZOKU RECORDS and I learned he has a great passion for music and live events. There are many people in the music business, but it is truly an honor to work with someone who has so much passion.

The European version of “Ex Myself” will also feature an exclusive bonus track called “Door to the New World”. What meaning holds for you this song?

Actually, for the past 1 or years my musical activities have been calm. That’s because I wanted to really reflect on my life and what i was doing. Among the things I often thought was the question “What is music to me?” It wasn’t until I came to this point and this realization that I decided that music was indispensable to me in every way.

I was able to think that I still wanted to do music. Yes, it’s time to open the door to “play music” in the truest sense. So this song has that feeling… and reflects such a deep feeling, so I wanted to release it as a single CD later. But I thought, “Oh, I want it heard now, I want someone to listen now,” so I decided to include this important song as a bonus track.

How your passion for music began? When did you realize that music would take such an important place in your life?

Exactly the same as in the previous answers, but really recently. So in the last few months It’s not something that can be measured really by any metric. It’s not about being famous or unknown, it sells or doesn’t sell. I don’t make music because I want to sell it necessarily, but I sell it only because I want as many people as possible to listen to songs that are important to me.

There is nothing to be pessimistic about, really. The times are encouraging every industry to shift to online options, that’s it.
I myself want to be active in online activities!

So, IBUKI, we’re almost at the end and with this please be free to say hi to your fans and your readers. Thank you so much for this interview.

I think I’ve kept all the fans waiting. However, when the time comes, I will deliver works that will truly convince you!
So please look forward to the release and support it when it comes out!