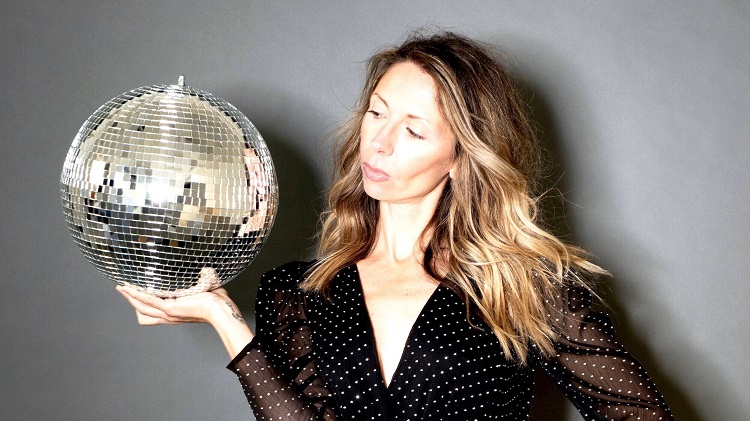 MACKENZIE GRANT – An interview with the artist

After having interviewed this artist, I realized how much we are alike with our lives experiences’. I never expected it and I got a bit overwhelmed by it. Because, I never expected to have such a candid and honest interlocutor like her. Indeed, in MacKenzie Grant‘s comeback album “Wonder World”, everything previously mentioned transpires. And with this interview, I invite you to slowly savor her new full-length and her words.

Hello MacKenzie, welcome here. I’m so happy to host you here on Femme Metal Webzine. I wanted to start by asking how are you? And, How this period is keeping up with you?

Indeed, it has been pretty crazy. We are slowly learning to find a way to co-exist with the way the world is right now. You know, I have three kids as well, make sure that is fine.

They are doing a lot better because they’re back at school. To some degree, I would say that slowly things are starting to come back to normal.

“Wonder World” which I had the pleasure to listen to, represents your comeback after 15 years of break. Firstly, what triggered your it?

I never planned out a comeback [laughs] because I was working as a student counselor with really young children doing a lot of trauma counseling. I can say that I got burned out because it took a toll on me.

Consequently, I took a break for much-needed healing for myself. And I started thinking to go back to who I am and what brings me joy. In such a way to also bring joy to the world that maybe aren’t related to counseling. So, music has always been there for me. Then, I started writing again. Once I started, I called a good friend here in Nashville who also happens to be a producer.

The main reason why I called him was to announce that I’ve had some material ready to be recorded. Of course, he accepted my proposal. Perse, the music came from processing what I’ve dealt with the children at school. The pandemic played an important role which was more stuff to process.

Then, we recorded the album. My initial plan was to release it independently. But then, the material reached Blackbird Music Label owner Manda Mosher. The label liked it a lot, and they just wanted to sign me. So, essentially, it’s what is happened [laughs].

You just mentioned a sentence, “in a way, music came back to me”. When did you have this realization? And when did you realize that it was the right timing to collect ideas and heal yourself through that?

In the past, I just thought that I would be a musician in the world. Also, my identity was wrapped in that. Throughout my childhood and my early 20s. During that period, I moved to Nashville to work as a songwriter. Since it wasn’t country music, it turned out to be something else. Then, I didn’t like the music business. And the situation in the early 2000s, in the musical industry was complicated.

Then, I got disillusioned which followed my identity crisis. The main question was “How am I if I’m not a musician?”. At that point, I already had my children. I decided to focus on them. And, since my other passion is social justice, I wanted to provide educational opportunities and trauma counseling. I have switched careers. By doing this change, it’s not that I gave up my love for music.

But, I just found this other pursuit. You know, I got so overwhelmed that I didn’t have any of the coping tools for it. Despite being a therapist, I needed to step back and find ways to care for myself. Indeed, it’s how I found something that made me feel empowered again. And music let me once again feel that. I reached a point where I wasn’t feeling empowered again in the world. And I was experiencing injustice and hopelessness that is even worse with children.

I completely understand when you mention that you didn’t have any of those coping mechanisms. If you don’t have them, you have unfortunately to learn them through suffering and pain. I still don’t understand why it has to be the hard way.

Yes [laughs], well, I don’t know if it has to be the hard way. But, at the time, I thought to have already learned these lessons. And then, things became difficult again because our world is constantly changing. Of course, life would be boring if it wouldn’t. Then, we are constantly challenged to grow. It is something, but when you’re going through it, you don’t feel that.

Even my title for my album, “Wonder World” is based on Joni Mitchell‘s “Borderline”. Despite being the world’s craziness, it’s filled with wonder. I needed to find that wonder once again. And music helps me to connect to that feeling. In general, all the arts connect us to that sense of beauty and wonder. In the end, you have to adapt and roll with it. You have to be resilient to find new coping mechanisms that work.

You mentioned your old friend from Berkeley, Phil Dubnik. You have worked with him during the album production. It was also produced and engineered by him. Without beating the bushes, how did it feel to be back in a recording studio after so much time? Considering the technological developments, how Phil help you out in this specific situation?

Yeah, indeed. Though, it was interesting because, in the last album I did, I recorded all my instruments at home which was an organic process. Instead, for “Wonder World” we recorded together with the aid of some programming. It was astonishing to work with Phil because I had the chance to send him some ideas. And in return, I was receiving clips back.

If I think about the past, it’s something that would never have happened. My friend Phil was always a champion of mine. And both as a friend and fellow musician, he was always encouraging. It’s empowering when you have someone like him who believes in what you are doing. So, while recording with him, he made me feel safe. And like I didn’t have anything to lose because I didn’t have anything to prove to anyone.

I was doing it for myself. Throughout the process, he was constantly motivating me. And I felt comfortable doing that with him. Then, he has a talent for arranging music. We have a similar sound aesthetic too. And this is the exciting thing about our partnership.

I’ve fallen in love with the single “Putting Down Some Things”. And, in the song, you sing: “putting down some things that I don’t need any more”. So, which are these things that you are trying to put aside?

I wrote this lyric immediately after I quit my job as a student counselor at school. And, I was thinking about all the things they had to deal with. And how they mirrored a lot of the feelings that I was experiencing. Indeed, a lot of this was related to how I treat and talk to myself.

All this led me to discover that I’ve been holding myself back from being fully authentic in my life and loving myself. So, it was time to let go of some of the messaging around me. Then, I permitted myself to let go of that negative thoughts. Include perfectionism, an attempt to live up to standards. In the end, I don’t know who set them up and why I’m holding myself to that.

In one of the last sentences, you said “permit me to let go of the negative thoughts and these over imposed societal standards”. When did you release that all this was an imposition? And why do I have to abide by something like that?

It’s interesting. Because for a long time, I’ve thought that if I followed those standards, I would be deemed successful in the face of society. Again, I would be happy. But, it’s a false ideal because it isn’t where happiness thrives. Sure, we can try to achieve goals, and its outcome makes us feel confident and capable. However, will you win if you are playing someone’s game? You’ll keep running, running, and you’ll never find it. Ultimately, you have to decide what you want and what makes you happy.

When you put aside those standards, you’ll win for yourself. Whether how you look, what you do, how much money you have, in the end, if you’re the arbitrator of your happiness and the judge of your success, then you can always be happy. You can always find some contentment. It doesn’t mean that you are always satisfied, but you aren’t comparing yourself to other things.

I agree with what you have just said. And, I want to thank you for this album because you’ve been honest with yourself. Though, I completely understand how difficult to reveal yourself like that. So, how challenging was it for you?

It was less demanding to do that than to live with dishonesty and not put that out there. So, it was freeing because I was aware that it could help other people. I was conscious of the function of those messages for other people. How can support other people to feel less alone and feel more connected?

Consequently, the only choice was to remain silent or fake everything. For then, act like it was nothing. In the end, it was the hard alternative for me. To not speak out. In all this, I’ve realized that I didn’t have any choice left after having reached rock bottom. It was like a cry for help.

So, MacKenzie, as we’ve already mentioned, this full-length is your comeback after many years. Considering the current externalities, are you planning to go back on the stage? Or, will it be solely studio-based?

Indeed, the plan is to start again playing in Nashville because there are so many venues here. I’ll begin from there and possibly, do some shows in LA as well. I would love to play these songs and connect with people in this manner.

Unfortunately, this was my last question. I thank you again for the interview. I enjoyed it a lot. Thank you so much for being so open about your life and experiences. Be free to conclude our chat with your last words.

I hope that people will take some time to listen to my album. And, if they like it, they can follow me on all the social media. I wish that the listeners will keep an effort to attend live shows and connect.