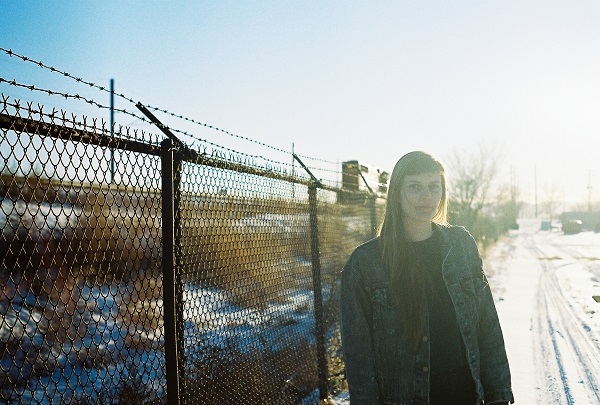 Aside the moniker Midwife is conceled the multi-instrumentalist artist Madeline Johnston. Her new album “Forever”, released by The Flenser, is an important milestone because the mournful sounds recorded on it stem from the remembrance of her dead friend Colin Ward. He met him during her residence in the beloved Denver DIY space Rhinoceropolis. According the press release, “Forever” combines ambient and dream pop into nuanced, reverb-soaked music that is equal parts haunting and moving”, but let’s discover more together through her words.

Hello Madeline, welcome to Femme Metal Webzine. How life is treating you in these precarious times?

I’m doing alright. I’ve been better to be honest. Just trying to stay as positive as I can.

For our readers that still aren’t familiar with you. Would you like to recall how your career started  and when you realized that music was supposed to have such an important part in your life?

I guess I’ve been involved with music for most of my life in some capacity. I took piano lessons for many years when I was growing up, sang in the church choir, school band, etc. But I don’t think it was until much later that I realized music was going to be my path.  When I moved to Denver in 2009, I started getting involved in the local music scene. Friends would take me to Rhinoceropolis and house shows.

I always knew that I desperately wanted to be a part of it.  A few years later, I began curating, booking, and playing more shows around Denver. I also started releasing music. I began trying to find my voice. I went on my first tour to Nebraska, and suddenly it all made sense. I never could have imagined I’d be where I am now. It’s really humbling and inspiring. I’m looking forward to see where the path will take me.

On the 10th of April, it was released by The Flenser, your second full-length “Forever”. What can you share about its general production?

“Forever” was different for me in a lot of ways. I generally take years to finish a project and work slowly. This record, I made in about 10 months. I began with a time frame and a goal, as well as the idea. I wanted to make a memorial album for my dear friend Colin Ward, who took his own life in early 2018. This was my first encounter with death. Making the record was an outlet for me to express my grief. It was therapy. Through the intimate process, I was able to feel more at peace with everything.

I was writing and recording simultaneously. I wanted to keep it more simple and push the boundaries of my style, give everything a little more room to breathe and exist. Open spaces. I recorded and mixed it all myself at home in Denver in 2019. I also had some fantastic collaborators I’d like to mention that really helped inform the record and bring it to life: Tucker Theodore (whom I co-produced “Like Author, Like Daughter” with), Randall Taylor (of AMULETS) and Jensen Keller & Caden Marchese (of American Grandma).

I know that you used to be a resident of the Denver DIY space Rhinoceropolis. Which part this experience played on your musical formation?

Rhinoceropolis has remained a constant in my life since I moved to Denver. I booked some of my first shows there around 2011. Ultimately, Rhinoceropolis is the center of underground and experimental music in Colorado. It opened my mind to new media and music, and an international community of boundary breaking artists. It definitely shaped my musical formation because it pushed me towards experimentation. I lived in and around there for a few years, and really focused on recording. Making “Like Author, Like Daughter” was my main project during my time as a resident.

What was most informative about my time was the community that surrounded it. Everyone fed each other creatively and it was truly a wild and energetic time. It was also at Rhino that I became close with Colin.  His art was completely integrated into his life. I think Rhinoceropolis really fostered that ethos. This was a place where artists could live, not just survive. One of the most important lessons I learned from Colin, and from living with him, was that you don’t have to wait for the world you want to be in, you can make it yourself and create your own environment, your own world. That idea, to me, is what Rhinoceropolis is all about.

I understand that might be a difficult question to reply but who was Colin Ward and how influenced your artistic path?

Colin Ward was a once in a lifetime kind of person. I think Colin was the most prolific artist I’ve ever known. He was a master in every medium: painting, music, writing, video, movement, comedy… Basically, anything he could get his hands on. He was constantly creating something or working on a project. A humble visionary. Colin was unbelievably inspiring and brought joy to the world and people around him. He was a planet that we orbit around. I feel honored to to this day to have been invited to be a part of his world. Colin was great at bringing people together and thrived on chaos. He was larger than life. Colin was extremely empathetic, loyal to his friends and community. I think he always put others needs before his own, like a true best friend does.

He had a hard time behind it all though, struggled with drugs and fitting into societies’ structural constraints. I think he had a difficult time understanding how to survive in a world with rules that made no sense to him. I think that’s why he gravitated towards Rhinoceropolis and thrived there, a kind of lawless place. It was perfect for him but I think also encouraged some dangerous behaviors and patterns. Colin was psychically bonded to the nature, interconnected to the earth and felt the pain of the natural world. He deeply felt the weight of it all. Colin was an advocate for DIY and fought for radical action through artistic expression. He helped me understand what it means to be an artist. He helped me understand humanity and my place in the world. He was my teacher and a mentor to me and I will always cherish the time we spent together.

Both “Anyone Can Play Guitar” and “S.W.I.M” were introduced as singles. What can you share about these specific songs?

I think these are perhaps the strongest tracks on the record. They’re definitely the most driving and upbeat. It made sense to use them as the singles, I think they’re a great point of entry to the album. These songs encapsulate themes that the record is about, and are a good reflection into the work as a whole.

“Anyone Can Play Guitar” is all about determinism. It’s about choices. Every action has a reaction. Every choice has consequence. The song is also about the fragility of the human experience – That the only rational thing anyone can expect is death.

“S.W.I.M.” is probably my favorite song on the record. It’s basically an anthem for anyone who is struggling or having a hard time. Anyone who feels like they’re drowning. It feels particularly resonant right now, given our current circumstances. I think what the song is about, is how there can be some comfort in knowing you won’t live forever, that it makes our time more meaningful after we can accept that. It’s definitely about life, and it’s about death, but honestly, it’s mostly about perseverance.

Back in 2017, you have released your first album “Like Author, Like Daughter”. If we do a parallel between your first album and “Forever”, which are the main differences that you can notice?

I think in making “Like Author, Like Daughter”, I was still beginning to develop my sound. I was also just learning how to record and mix my own music. I spent a really long time on production. Years. With “Forever“, I think I was able to branch out more, experiment with some new sonic pallets, take more risks.

I believe the two have a lot of connections in content and sound, though. They feel completely different to me while remaining undeniably my own.  Midwife is all about pain. & how to carry it.

I was mesmerized by the beauty of “Forever”‘s cover album. I find it so crepuscular. Personally speaking, what meaning has for you and how does it relate to the album itself?

Since Colin passed, I became more interested in Angel imagery and the idea of a “Guardian Angel”. To me, this album art is the perfect embodiment of this idea. It’s about protection, peace, death, healing, and serenity.

In normal times, this question doesn’t procure any embarrassment but I feel anyway obliged to ask you if you had any plans to promote live “Forever” and instead, how your plans changed?

I had multiple tours planned for this year that I had to cancel. My initial plan was to tour the record as much as possible. Obviously, that’s all been put on hold.

It’s been interesting and also terrifying to watch everything unfold. I hope we can have live music again in 2021. As a musician this thought is heartbreaking, but the safety and health of the world is innumerably more important than me going on tour.

I’ve been moving towards more recording and collaborations. I think people have been craving connection, and channelling that into creative work.

All I can do is take it one day at a time. Working on staying present in the moment and trying my best to not forget that.  What are we supposed to take from all of this? What’s the lesson? Where do we go from here?

So, Madeline, we’re almost at the end and with this please be free to say hi to your fans and your readers. Thank you so much for this interview.

Thank you so much!