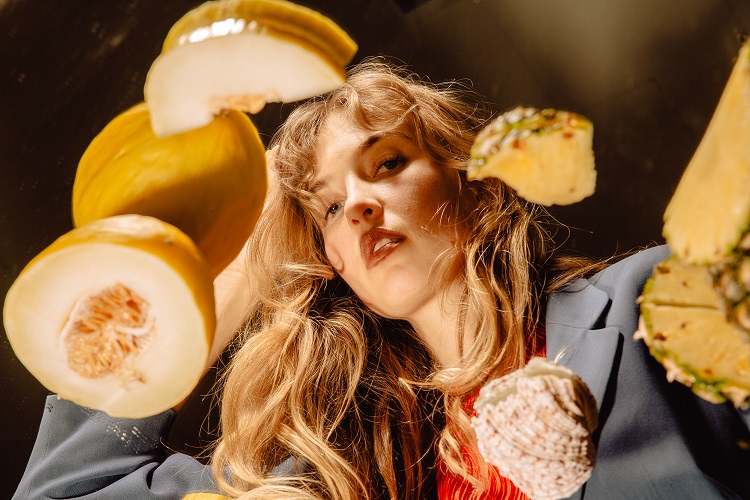 Just imagine a utopian universe were the co-existence between aliens and humans is possible. Then, take in consideration the cultural differences that can be between them. Lastly, there’s Ora the Molecule, who has sort of a role as a ambassador and let the aliens accustomed to the human traditions.

Behind all this there’s Norway’s avantgarde indie pop artist Nora Schjelderup, an established music producer/composer who has recently debuted via Mute Records her new album “Human Safari”. Let’s learn more about it in this interview!

Hi Nora, welcome to Femme Metal Webzine. How are you? How are these precarious times treating you?

Hi, I’m good. Thank you for your time. For sure, this pandemic can be a challenge. But I’m lucky because I don’t feel like complaining. If we consider that other countries are struggling much more from this pandemic, I feel myself lucky.

Of course, it impacted a lot on my daily life because in terms of live shows and music, it led me to improvise and try to understand how to manage it.

However, the good news is that back in May you have signed with Mute Records. How this partnership born?

Everything happened thanks to my management. Due to their location in New York, I didn’t even meet them, but my management has been in contact with them to keep this project going. Since the first negotiations started in winter, during the first lockdown, the only way in which I could speak with them was through Zoom. So far, my experience with them is positive. Though, I cannot wait to meet them when all this situation will be solved.

Following your signing with Mute, your début album “Human Safari” has been released. What’s the meaning behind this title? And how does it reflect on the album itself?

The title album “Human Safari” comes out from a little story that I wanted to write as a little book. Mainly, the idea is if aliens would descend into Earth and start to observe as animals in a zoo, what would they think of what we do. This would be not in a dystopian or science-fiction type of way, but more for the sake of curiosity. How would they interpret everything? And then there is Ora, who plays the role of a tour guide. She would quite formally introduce the different human scenarios and welcome them aboard.

If you don’t mind saying it, it feels like you have distanced yourself and took a role of an observer. What did you learn from this experience?

Before creating the music, I wasn’t aware of how much work was behind it. You know, for being an artist, it requires a lot of effort to be out there. On the other hand, its process was easy because it’s a process made with love and passion. And, during it you don’t think about time. Maybe, the most challenging thing is getting the mixing and master ready. However, the biggest realization is that takes a lot of time for the entire process.

Most of the songs present on “Human Safari” were composed when I was 17 years old. Now, I’m 27 and it’s almost 10 years ago. These songs had a long gestation because I needed to find the right instrumentation and I was never ever satisfied with it. So, another thing that I’ve learned is to let it go and just come to terms with its outcome. In the end, I kept delaying this release would never ever seen the light.

“Human Safari” was introduced by the single “Die to Be a Butterfly”. For which reason did you choose this song?

So, the reason why I chose that song was because it’s the oldest song featured on “Human Safari”. In some ways, it represents my musical evolution. Then, there was some sense of urgency to it. Indeed, this song is about climate change and the fate of the future. Throughout this year, we had to deal with so many events such as the ongoing pandemic, the fires in California, and the general global warming.

Given that, it felt quite urgent to release it. Maybe people will be feeling it like me. For example, my little sister who acted in the video, showed it to her classmates and tried to raise some awareness about the topic. Additionally, this single brings with it another meaning. If you remember the metamorphosis of the butterfly, and with this I refer to the last stage, so when the cocoon becomes a butterfly, all this for me has a meaning.

It relates to become stronger and greater. Then, a third and last interpretation, could be related to Trump and his proposal to build a wall between the American Mexican border. I don’t understand how this people want to isolate themselves from the rest of the world. Probably, they are scared and scared of food shortage and lack of employment. Even if it’s about that, the butterfly will always keep going on with its own metamorphosis.

“Die to be a Butterfly”, was also featured in the digital EP where it featured 4 different versions of the same single. How these versions represent you?

For me, these remixes are quite special because they mark my friendship with each of the DJs featured in this digital release. For instance, for TERR, even if I was a big fan for her, I didn’t know her personally. I have a sweet spot for Italo Disco and indeed, she one of the best. Then, we have Olafonken, who’s a good friend of mind in Oslo. It was great that he took the time to participate. He has such a good repertoire.

Then, we have Justin Jay. He’s an old friend from LA. I know him from a long time. And the last is The Egg which I met during a festival in Spain years ago. Somehow, who has been featured in this release, I have previously crossed path with them along the way. I’m glad that they were able to contribute and what they have added is these versions are their flavor and personality.

Considering the current situation, how much challenging and difficult was to shoot the video for “Die to Be a Butterfly”? And what would you like to add about it? What does represent for you?

Luckily, it was recorded before Corona. The other promo videos too. Indeed, both these videos and the music itself were lingering in my hard drive for a long time [laughs]. About the video, it’s special because through Jody, the director, I met my current drummer. But everything started few years ago near LA. I met her during a film festival during which they received an award for their hats which were created by my current drummer. In that occasion, we became friends, and we also enjoyed a road trip together. It felt so empowering. Indeed, Jody has an amazing taste in videomaking which is also a bit raw.

I have to say that I’m really fell in love with the video. It has such a visual impact.

Yeah, it’s true. For example, what you see in the video everything happened. Even being splashed over with milk. Though. it was a funny experience because for a week both me, the director and the photographer have relocated in Spain for shooting not only this video but also the other ones that will be soon released.

Nora, what’s in the pipeline for your project? And, how these precarious circumstances have impacted on your original plans?

Now, we are slowing getting back on our feet. So, playing some shows here and there. But with all this governmental restriction is quite difficult to keep up. Then, I’m trying to recruit a female saxophonist which she’ll help me to extend my live band on stage. Honestly, my main goal is to be possible to play live without so many restrictions. I miss it. I miss celebrating, I miss that sense of community while you play together. Indeed, it feels strange to release an album without seeing people except for my boyfriend and my dog.

So, Nora, that was my last question. This is your space and please be free to conclude our chat as you want. Everything is possible.

This project has kept me busy for a long time and I’m excited to finally release it. With it, I want also to honor the people who helped me out along this path, who has collaborated with and who has contributed in it. Indeed, “Human Safari” can be seen as a sort of “thank you” to everyone.