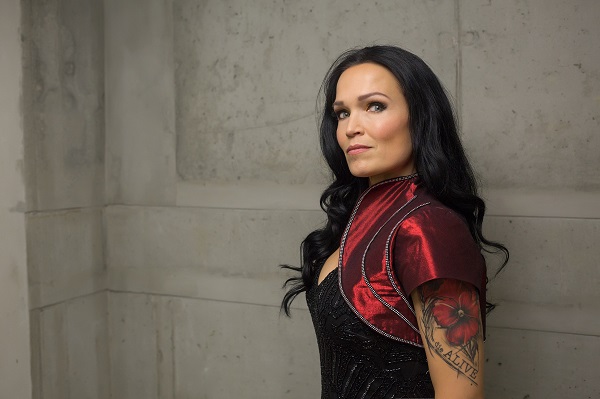 Even if this interview was supposed to be released during Christmas time, it’s always worth to be published without any important modifications. Despite this strange times, Tarja has always time to spend a couple of kind words with us. Of course, her first thought is dedicated to her lovely and numerous fans all over the world. Then, she offered some insights about her exclusive Christmas streaming show and her new release “Christmas Together: Live at Olomouc and Hradec Králové 2019”. Enjoy!

Hi dear Tarja, welcome back to Femme Metal Webzine, how are you and how these precarious days are treating you?

Thanks for asking, I am doing fine despite all the stress this year has brought. I am preparing for the holidays at the moment with my family. This years Xmas will be a quite different experience to all of us.

Before focusing on your upcoming projects, I would like to recall a little bit your latest release “In the Raw”. So far, how was its feedback and what can you remember about its general production after that passed a few years from it?

The feedback has been absolutely amazing from my listeners. In general very positive. They seem to hear me more confident and secure and that reflects in my emotions in that particular album naturally. It was a rough ride to work on the album and because of that, the album, became very personal to me.

I kind of healed myself with my music during the production and it felt very good finally when everything was ready. Now that I look back, it’s kind of funny to see myself still quite insecure at that point. But that’s life and if you want to progress and learn, you can always find ways. That’s what I am trying to do all the time.

In conjunction with the upcoming worldwide Christmas streaming show, you are about to re-publishing in an expanded version via earMusic your 2017’s Christmas album “From Spirits and Ghosts (Score for a dark Christmas)” which, this time, contains some extras. In retrospect, would you like to reminisce how this amazing album come about and which are the extra songs that you have decided to add to this second edition?

I had for a long time wanted to work with Jim Dooley, who has been my partner in the rock releases working on the orchestral arrangements since the beginning of my solo career. He is super talented, movie score composer and I wanted to approach him with my idea for a darker Xmas album. I had heard few tracks from Jim that had the similar kind of atmosphere I was looking for for the album, so it was easier for me to brief him.

We worked on the arrangements for quite some time and I loved the result. Some songs that you know by heart, sound very different on my album, thanks to the darker, score kind of arrangements Jim did. I hope to make another album like this in the future, because I really enjoyed the ride.

The extra material on the album includes songs that are on the normal album as well, but I recorded them in Spanish, French and in English this time. There is also a song “Feliz Navidad”, that was recorded with many of my famous singer friends from the industry for a charity I decided to work on for a little Caribbean island of Barbuda. This song was released earlier separately, but now happens to be on this record.

As it was not enough, you wanted to gift your fans with an additional live recording called “Christmas Together: Live At Olomouc And Hradec Králové 2019”. Was already in plans to publish this live as a separated release or the idea born out of all this current situation in the musical business?

These concerts were recorded having in mind the release of the tracks together with my Christmas album, as it happened. I never intended to make a separate release of it.

Out of “Christmas Together: Live At Olomouc And Hradec Králové 2019”, it was published the emotional live version of “Together”. Which meaning holds this song in a such particular moment as this one?

I wrote this song some years ago thinking all the lonely people during Xmas. Xmas is not necessarily the most happiest celebration to many, so I wanted to write a song about it and make people feel hope and togetherness. My song fits perfectly to the current moment we are living in.

Not so many people can actually reunite with their loved ones and harder it gets, when the souls that are not longer among us remind us about themselves during Xmas always. Let this song be just a little escape to these lonely people in Xmas

“Christmas Together: Live At Olomouc And Hradec Králové 2019” was recorded last year during your past Christmas tour. Despite the choice of the setlist, for the fans still hasn’t experienced this, what they should expect?

I am performing together with cello, keyboards and guitar. The concert is an intimate event and we go through different kinds of songs in the set, like Ave Marias, international Xmas songs and some Finnish traditional ones. Even though performing Xmas songs, the whole mood is not necessarily the most happiest one, but more like relaxing and atmospheric.

However, personally speaking, which is the memory that you cherish the most about both concerts?

In Olomouc we performed in a church that was not having heating on, so it was seriously freezing inside. You might see some heaters in the photos of the vinyl on the stage. Everyone had to wear extra pieces of clothes so be able to survive! But I had performed there before, so I knew what to expect. The acoustics are beautiful and the church was completely packed with people.

In Hradec I performed for the first time and for my surprise this show was a sold out show as well. The Czech audience has received me very warmly always. What I can say about these concerts in general, is that I just love performing these types shows. They are so very different than my normal rock shows and they require a totally different mind setting and preparation than usually. I love going through the challenge every year with my Christmas concerts.

On the 11th December 8 PM CET and 12th December at 2 AM CET, the “Christmas Together – World Wide Live Streaming” will go live. Considering the whole situation, how challenging was to set up this event?

We had to make everything work in advance without knowing if it will work out, because of the current COVID situation. We had to involve many people to work with us in these preparations and everyone was aware that only at the last minute, we would know if it’s really happening or not. Luckily we got to travel and finish what we had been planning for a long time.

It was actually very nerve breaking not to be able to trust that things would go smooth like normally in my concerts. I was practicing voice like crazy at home and it paid off, because I feel I was singing with a natural flow and without any pressure or technical issues when I finally got back on stage. It felt overwhelmingly beautiful to sing again with my musicians! I can’t wait for the next time.

Recently, back in October, you published a photo on Instagram stating that the recordings for your new project Outlanders are finished. When the fans should expect its release and which are your expectations?

We are still working on the mixes of those songs, but the major thing, the compositions and recordings are done. I hope the people could hear our work pretty soon. We still don’t have the exact dates for the release, but it’s in coming…

Oh, I have needed to postpone so many tours already, that I lost count. If life gets back to the old normal any time soon, you will see me having lots of tours and concerts with my current “In the Raw”-album. I just started touring with that album in Europe when the lockdown happened, so I have still lot of tours to do.

Anyway, I am writing new songs and preparing new album at home, but really looking forward to hit the road again with my band and crew. I miss them and I miss my audiences all over the world so very much.

So, Tarja, we’re almost at the end and with this please be free to say hi to your fans and your readers. Thank you so much for this interview.

Thank you for the support and love! I hope everyone is doing fine and staying strong in this situation we all are in. When we get together next time, let’s not forget to show how important music is for everyones souls. It is that for the artists and our listeners as well. I send you all my love and hope to see you very soon again! Merry Xmas and happy holidays!