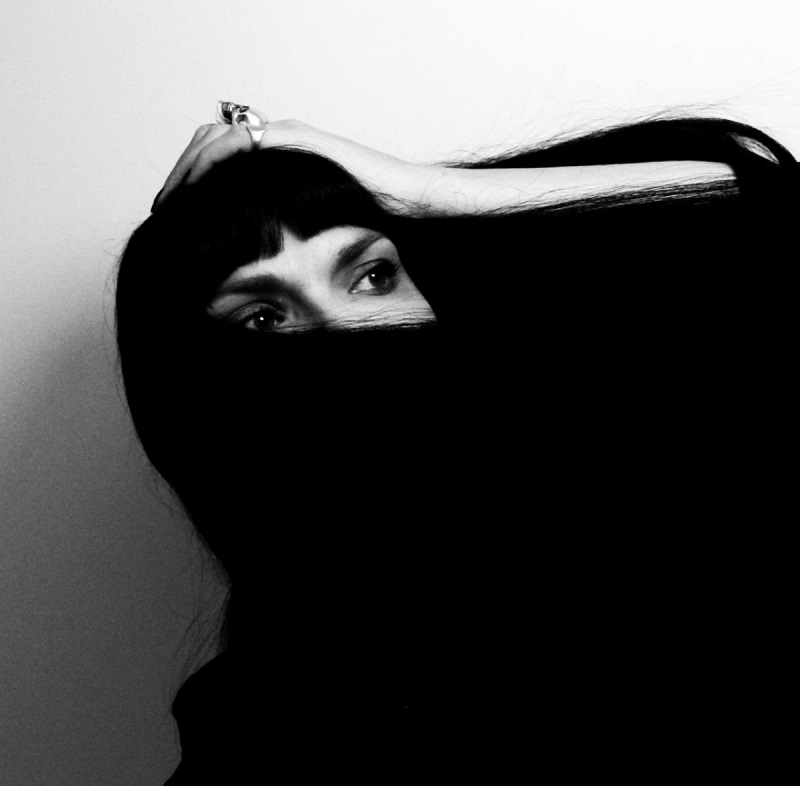 With her much-anticipated debut album Forever Blue due for release next Friday, July 3rd via Bella Union, and having recently shared videos for “All I Asked For (Was To End It All)” and a stunning cover version of the Deftones track “Be Quiet And Drive” from her ‘Songs From Isolation’ video project, today A.A. Williams shares new track “Love And Pain”. Listen to it HERE.

Of the track Williams says: “Love And Pain explores the juxtaposition of positive and negative emotions, specifically the titular feelings that often go hand in hand. The protagonist acknowledges that their ongoing sadness is often of their own creation – they try to accept love from another, but soon come to see that this affection masks more bitter intentions. I tried to mimic this harsh realisation musically, the cautious, inquisitive opening and verses starkly interrupted by the crushing weight of the latter half of the song – it’s repetitive chords, layered vocals and swirling synths evoking all-enveloping and uncontrollable sorrow.”

A rapturous blend of post-rock and post-classical, Forever Blue smoulders with uncoiling melodies and haunted atmospheres, shifting from serenity to explosive drama, often within the same song. Williams is a fantastic musician as well as songwriter, playing the guitar, cello and piano, and her voice has the controlled delivery of a seasoned chanteuse while still channelling the rawest of emotions.

Forever Blue is named after a song that didn’t make the album’s final cut, “but it still encapsulated these songs,” Williams explains. “It sounded timeless and in the right place.” The album’s threads encapsulate the anxieties and addiction of love and loss with haunting detail, though Williams admits the theme was shaped more by her subconscious than any grand plan.

“The lyrics come at the end, they fall into place, rhythmically, and link together,” she explains. “And then it’s my job to decipher what I’ve written! I want the words to get my point across but still let the listener map on their own experiences. I find it really therapeutic.”

Therapy is intrinsic to Williams’ approach: to not just express and unpick her feelings of longing and loss but to work through them. “Verbalising something, you feel a weight has been lifted,” she says. The transition can be mirrored in the dynamic shift from ‘quiet’ to ‘loud’, as on “Glimmer” and arguably at its most euphoric on “Melt”. “There’s something very satisfying and elating about songs that have that drop in them, to stomp on the guitar pedal on and let it all out.”  It’s testament to Williams’ skills, and those of husband and bassist Thomas Williams, that Forever Blue’s commanding sound was largely captured at the couple’s two-bedroom flat in North London. Drums by Geoff Holroyde were added at engineer Adrian Hall’s studio in South London, with guest vocals from Johannes Persson (Cult Of Luna), who adds his deep-trawling growl to “Fearless” (“he sounds like Tectonic plates moving” Williams feels), Fredrik Kihlberg (Cult Of Luna) on “Glimmer” and Tom Fleming (One True Pairing, ex-Wild Beasts) on “Dirt”.