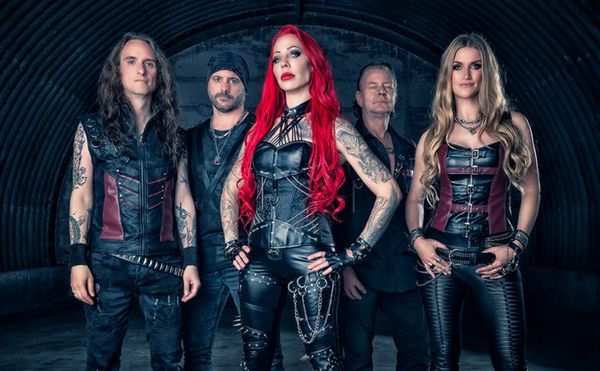 Upon releasing their latest single “Shadows” via Dr. Music Records at the end of November, the signs still looked positive for the northern German Symphonic Metal band AETERNITAS.

But the cancellation of the planned European tour with Imperial Age hit the musicians hard and finally led to pondering about the band’s future. Today, AETERNITAS, unfortunately, announce their breakup and as a farewell, the band makes a detailed statement:

it is with regret that we announce our decision to bring an end to AETERNITAS’ story. As you can imagine, this decision was truly the hardest in the history of the band, especially considering we have recently announced a new female singer and bass player. The reasons for our decision are hard to explain in detail and also complex.

However, after the cancellation of our planned European tour in January we had a lot of time to reflect, consider the future, our collective and individual musical goals, wishes and expectations, which ultimately brought us to this outcome.

On reflection, we are very thankful for more than 20 unbelievable years, including six album releases and many incredible live shows we experienced together with you all. However, now it is time for a new chapter. And so, we part as friends, proud of what we have achieved over all the years.

The band members will continue making music in different projects, such as Miss ScarRed, who will be releasing an EP with her solo project in late summer. Here, of course, she is also looking forward to your support and for more info follow her at www.instagram.com/miss_scarred_official.

Thank you all very much for your support and loyalty!

AETERNITAS were founded in 1999 by Anja and Alex Hunzinger and the couple released their first concept album “Requiem” a year later, characterized by the variety of stylistic elements used. The positive response prompted the two musicians to turn the original project into a band offering also live something extraordinary.

On the album “La Danse Macabre”, released in 2004, AETERNITAS finally combined contemporary Gothic Metal with classical and electronic inspirations. The stage concept was also refined further so that the audience could enjoy a dramatic, theatrical live performance that also visually translated the sound of the German band.

A new era began in 2012 when they started working on the concept album “House of Usher”. In the songs, the band devised a modern Symphonic Metal with bombastic orchestral arrangements, grooving Rock elements and powerful, catchy vocals.

In 2017, AETERNITAS supported the Scorpions at the Hessentagsarena in Rüsselsheim and in the past years, they toured with the Japanese Power Metal band Jupiter and the Finnish ESC Hard Rock heroes Lordi numerous European venues.

Those who would now like to find out more in-depth information about AETERNITAS musical productivity over the last 20 years should head over to www.aeternitas-online.de or the social media profiles at www.facebook.com/aeternitas.official, instagram.com/aeternitas_official and www.youtube.com/officialaeternitas.