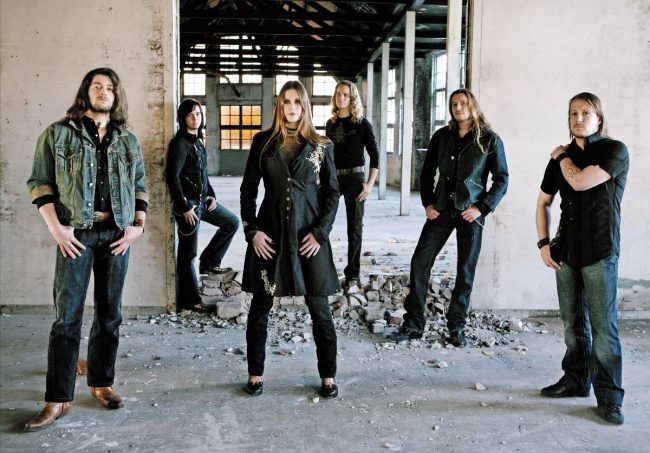 15th anniversary re-issue of their self-titled album is OUT NOW!
+
present the second single ‘Lonely’!

Symphonic metal masters AFTER FOREVER are soon approaching the 15th anniversary of their self-titled swansong album “After Forever” (2007) and to celebrate this anniversary, the band are releasing a special re-issue of the album today – completely re-mastered by Darius van Helfteren and featuring two rare Japanese bonus tracks. The first is the recently released ‘Sweet Enclosure’, while the second song, the beautiful piano ballad ‘Lonely’ has been released today.

The 15th anniversary re-issue of “After Forever” is now available digitally, on CD and Vinyl. Get it HERE

Joost van den Broek comments: “I’m very happy and proud that now this album will be re-released and hopefully gains new attention, which in my opinion it fully deserves. I feel this album indeed has become a summum of what we were as a band; the amazing and intense vocals of Floor, the punchy tight drums of Andre, the great and characteristic riffs and solos of Sander, the rock ‘n roll and attitude of Bas, the signature sound of Luuk, all wrapped in an epic symphonic blanket.

My thankfulness goes to all the fans that still today carry the flag of AFTER FOREVER high, every one in our business team for making this possible, Gordon our producer, the Rooftop studios, the guest musicians on the album, our families for eternal support, but most of all to my former bandmates for giving me the time of my life!”

The iconic metal band from The Netherlands was formed in the mid nineties by the later EPICA founder Mark Jansen and guitarist Sander Gommans. The band split up shortly after their eponymous self-titled album “After Forever” in 2008. Keyboard player Joost Van Den Broek became a famous producer for EPICA, BLIND GUARDIAN and many more, while singer Floor Jansen joined NIGHTWISH and recently also the German TV show Sing Meinen Song (=Sing My Song); where the symphonic metal icon will join other artists in paraphrasing and interpreting each other’s songs.
Fans never forgot AFTER FOREVER and even though their last album was released at a time before streaming was a thing, it has still gained over 15 million streams.