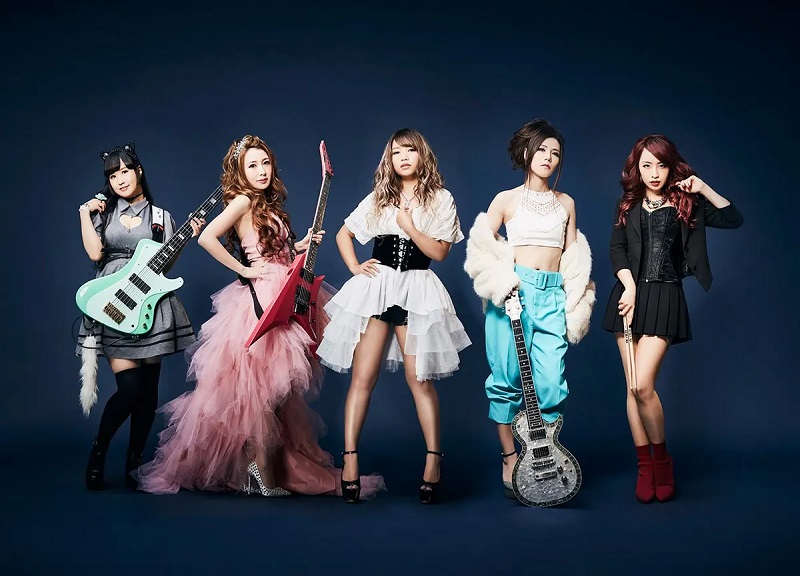 Japanese power metal band ALDIOUS has recently posted on their official Facebook page the following message in regards their :

“With the spread of new coronavirus infection, Aldious‘s first overseas tour, which will be held from September 2020 across the three countries of Britain

About the upcoming European tour, the band comments:

“It’s been my dream to perform in Europe since the beginning!” exclaims guitarist Toki, who recently returned to the band after giving birth to her first child. “It will be my first time in those countries, so I’m looking forward to see how metal fans respond to our music. I’ll do my best! I’m also looking forward to drink beer and eat sausages in Germany!”

Aldious‘ founder and guitarist Yoshi adds, “I love German metal, so I’m extra excited about performing in Berlin. Of course, I’m looking forward to all shows, as well as eating fish and chips in London and speaking French in Paris! I was interested in French as a kid and can still speak a little bit. Now I have a good excuse to brush up on it!”

Aldious blasted on to Japan’s metal scene in 2010 with their debut album Deep Exceed. The release saw them rocket to the top of the country’s weekly Oricon indie chart, and even peak at number seven in the main chart. A decade later and Aldious are recognised as one of the original pioneers of the next generation of all-female metal bands. They’ve performed at various types of festival across Japan, including SUMMER SONIC, LOUD PARK and VISUAL JAPAN SUMMIT. Some of the tracks re-recorded for EVOKE 2010-2020 have their original music videos available on YouTube where they have been enjoyed over 5.5 million times. 2020 is already proving to be an exciting year for the band with their first performance in the United States of America at N.A.M.M., their first European tour on the horizon and hotly anticipated self-cover album on the way. Aldious is ultimate, Aldious is melodious.