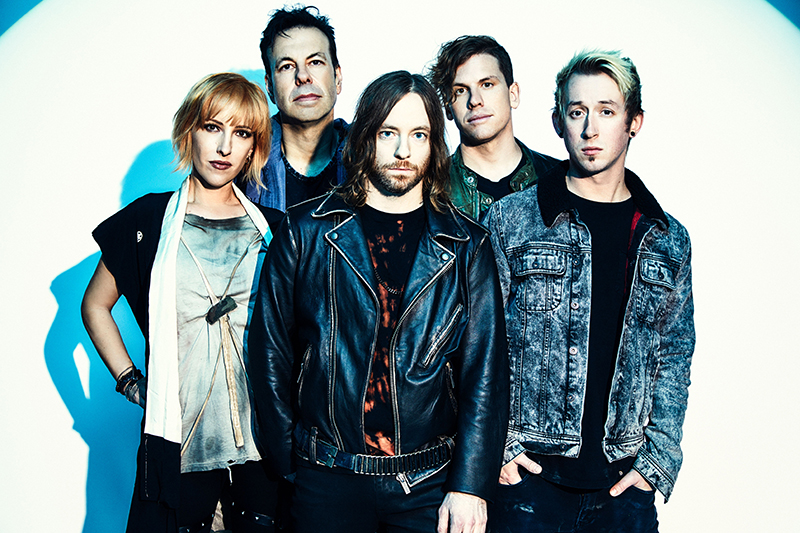 Lead Single “For The Glory” (Feat. Hollywood Undead) Currently #4 on US Active Rock Radio, Over 100M Streams Across Platforms

Tour with P.O.D. and From Ashes To New Kicks Off in August – Get Tickets Now

“Great Things Are Happening For All Good Things” — All Access

Fresh off their first top 5 radio hit in the U.S., next-generation rock act All Good Things just announced that their debut album A Hope In Hell is set for an August 20 release via Better Noise Music.

Thanks to the success of first single “For The Glory” (Featuring Hollywood Undead),” the band has reached millions of new fans across the world this past year. The song, currently nearing the top of active rock radio in the US, has received over 100 MILLION streams across platforms and — thanks to hundreds of sync licenses — has been heard during major tentpole cultural moments like this year’s Stanley Cup Finals, ABC News’ broadcast promo for the recent State of the Union, and multiple seasons of Fox’s So You Think You Can Dance. Full album track listing is below. A Hope in Hell is now available for pre-order across platforms HERE.

The album’s next single, “The Comeback,” which was released alongside today’s announcement, features Better Noise labelmate Craig Mabbitt of multi-platinum band Escape The Fate. Energy-wise, the song picks up where the first single left off, offering an anthemic experience of rebirth. It is a celebratory track about the rewards of never giving up. “The Comeback” is now available to stream and download across platforms HERE.

“We wrote this song on the plane on the way back from New York when Better Noise offered us a record deal,” the band shares, offering a deeper insight into the genesis of the song. “There was a mix of emotions for us: we were super excited at being able to take our music to the next level with a record label and at the same time, devastating wildfires were destroying much of California and people were losing their homes and everything they owned. The song is about finding a new path when you think all your options are shot, but also it’s about coming together and rebuilding from the ashes.”

“I love working on music. I love hearing new music. I love singing new songs,” Mabbitt added. “It’s always flattering to be invited into someone else’s creative vision. I’ve recently become an All Good Things fan because I think they’re doing something really cool, and it’s just an added bonus that we are label family.”

All Good Things recently announced that they will embark on their first tour this summer, allowing their epic arena rock sound to come to life. The band is set to join the P.O.D. Satellite 20th anniversary tour, along with labelmates From Ashes to New and Sleep Signals, starting next month. Full list of dates and link to purchase tickets are below.

Since signing to Better Noise Music in 2020, All Good Things have seen their music more than double in monthly streams across digital platforms, averaging over 2.8M streams per month for each of their songs. Their first single release with BNM, the high-energy track “Kingdom” was met with praise from fans and critics alike. The band released a new version of their anthemic hit “For The Glory,” now featuring Johnny 3 Tears and Charlie Scene of Hollywood Undead, which appears on the soundtrack for The Retaliators, a Better Noise film. Reaching over 100M streams, the original track has resonated with millions of listeners around the world as an unapologetic victory song for the underdog. Watch the video, directed by Wombat Fire, HERE.

A HOPE IN HELL TRACK LISTING:

“Kingdom”
“Hold On”
“For The Glory” (Feat. Johnny 3 Tears and Charlie Scene of Hollywood Undead)
“Sirens”
“Do It Now” (Feat. Hyro the Hero)
“Push Me Down”
“Machines”
“Undefeated”
Lights Out”
“The Comeback” (Feat. Craig Mabbitt of Escape The Fate)
“Four Letter Words”
“End of The World”
“A Hope In Hell”

ABOUT ALL GOOD THINGS:
All Good Things creates cinematic epic rock that celebrates the underdog, lifts the fallen, and all out gloats in victory.

In a masterful feat of reverse-engineering, the LA-based collective has become a potent musical force in the opposite fashion from how most groups get their start. “We were just having fun writing monster rock songs that got us hyped, hoping they might get used in games and movies,” says Dan Murphy (vocals, guitar).

AGT has since been featured in thousands of TV shows, games, films and ads worldwide. When music started being released online, increasing numbers of dedicated fans fell in love with the fist-pounding, high-energy rock anthems and demand grew. “That’s when we said ‘Wow, people are really into this,'” says Andrew Bojanic (guitar, vocals). “The music is inspirational and motivational,” adds Liz Hooper (bass, keyboards, vocals). “Our fans kind of honed that whole aesthetic, theme and imagery just with their feedback.”

AGT’s relationship with their fans is fully apparent on their forthcoming album, an epic collection tied around a common theme of surviving the apocalypse. It was inspired by the many games and films that AGT have placed their music, paying homage to the escapism those worlds provide listeners, one that’s more important today than ever.