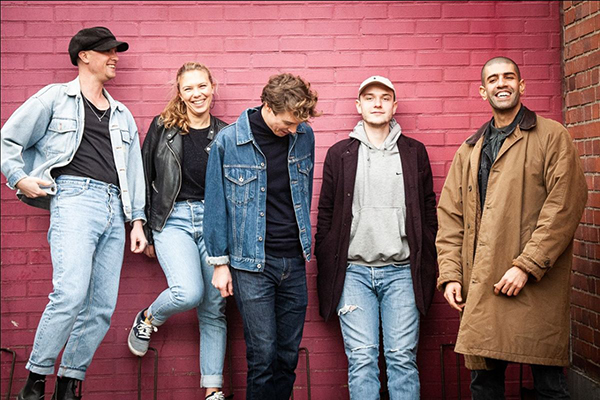 Indie-rock band Amaunet launches its sophomore mini-album “While I’m Living” this Friday October 22nd. The mini-album offers powerful, raw and instense songs that will take you on a nostalgic journey.

Normally, Amaunet plays new songs for a live audience before recording them- which the band couldn’t do this time during the pandemic. The result is a more personal album and lyrics straight from a diary.

“This album is one of those album we have been longing to record. We grabbed our instruments and headed over to the studio and recorded everything live. It instantly felt right.

The songs touches quite different subjects but are all related to a sense of loneliness and expresses feelings most people can recognize and battle with. No matter what your musical preferences are you’re going to enjoy this straight forward rock album”

Their music finds inspiration from bands such as The Strokes, Oasis, The Stone Roses & Kings of Leon. “While I’m Living” is out now on all digital platforms. Amaunet’s sophomore mini-album will be released via Lövely Records.

Amaunet was formed in Lund, Sweden, back in 2017. Since then the band has been playing and writing, recording songs and have played countless gigs and festivals throughout both Sweden and Europe.

The chemistry with each other shines through the songs the band has been releasing, which sets the mood for its music. The music has previously been played on Australian and American radio stations.

The second single ‘Supernovas’ from the debut mini-album made it to international radio as well as Swedish national radio and student radio. Amaunet’s self-titled mini-album was released on Lövely in 2020. The sophomore “While I’m Living” is set for release in 2021.