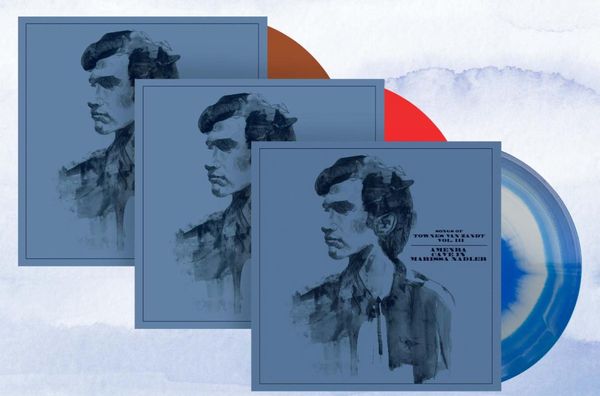 Songs Of Townes Van Zandt Vol. III, featuring AMENRA, CAVE IN, and MARISSA NADLER, is out now in physical formats through Neurot Recordings in North America, and is streaming in its entirety at Bandcamp.

Beloved American singer-songwriter Townes Van Zandt passed away at the age of 52 on January 1st, 1997, in Mount Juliet, Tennessee. His music touches people.

Many believe he was a genius, and sing his sad, brilliant songs. Imagine if he was still creating music, in a time when artists themselves decide what to release and when to do it – something that songwriters of his era often were unable to do.

In 2012, the label My Proud Mountain was established specifically for the purpose or releasing the first Songs Of Townes Van Zandt LP, to which the singers and guitarists of the band Neurosis – Scott Kelly and Steve Von Till – and Saint Vitus/The Obsessed’s Scott “Wino” Weinrich contributed nine Van Zandt songs.

The goal was to introduce these brilliant works to fans who may have never heard the originals, but through the interpretation of the songs through the mentioned musicians, would lead them to do so.

In 2014, Songs Of Townes Van Zandt Vol. II carried on the tradition, this time featuring songs from John Baizley of Baroness, Nate Hall of US Christmas, and Mike Scheidt of Yob.

Songs Of Townes Van Zandt Vol. III can now be purchased on multiple vinyl variants and on CD in North America through Neurot Recordings’ webshop at THIS LOCATION, and digitally through Bandcamp HERE.

The album is handled outside of North America by My Proud Mountain. The record will see full digital release through all DSPs July 1st.