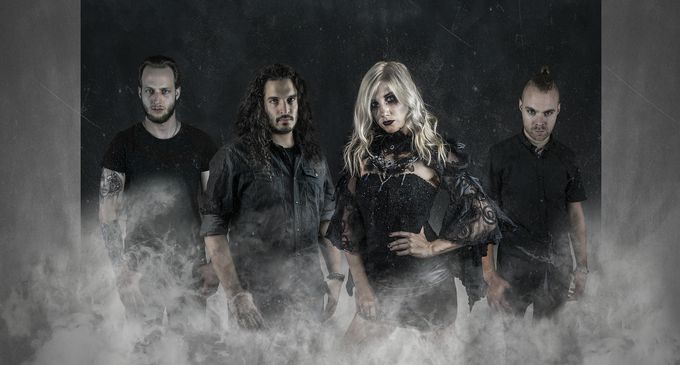 Ann my Guard just returned back from their biggest European tour ever: they were promoting their new album between October 2018 and May 2019 across the continent. Now the band unveils the music video for the song “Sacred I“.

The video was made by Szabolcs Kollár (Hindmost), as well as all our visuals on MOIRA (other music videos, covers, photos, graphics).

‘Sacred I is about summoning your own inner strength: when you feel all hope is gone, there still exists an ancient otherworldly power within you, that will help you to get through these hard times and will lead you out from the Underworld.‘

MOIRA was released by the Dutch Painted Bass Records on 11th October 2018 and is the third full-length album of the Hungarian alternative metal band Ann my Guard after Innocence Descent [2014] and OURANIA [2017]. As the title and the artwork may indicate, this record is the heaviest, darkest release of the band. Moíra means fate in Greek, and the concept of the whole album derives from The Moirai, who are the incarnations of destiny, and symbols of the Underworld in Greek mythology. The gloomy, yet powerful songs were inspired by the theme of death, the unseen, the mystical Otherworld and afterlife. After elevating to the starry skies of Ourania, the story continues with the descent to the underworld by passing through the gate of The Moirai.