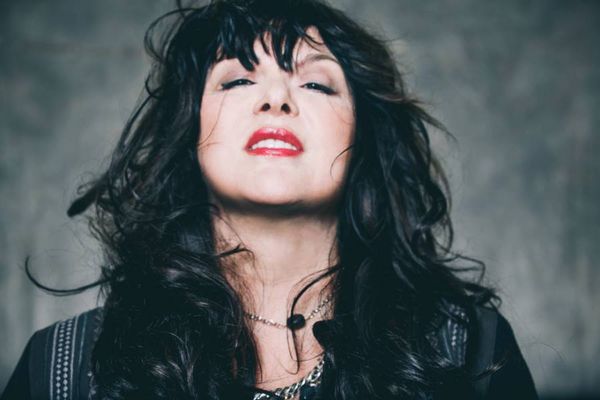 “’A Moment in Heaven’ tells the story of a one-hit-wonder in the star-maker machinery of Hollywood: the sublime cruelty of transient fame.” – Ann Wilson

“A Moment in Heaven” carries a specific point of reference for Wilson but could easily apply to anyone who has seen their career suddenly bathed in a bright beam of glory before the spotlight is abruptly moved elsewhere.

“It’s one of those anti-Hollywood screed things,” offers Wilson, “the meat grinder of the music image maker machine and what it feels like to be on the inside of that. All of a sudden, it’s ‘happening’ on all thrusters, you’ve got a number one record and everyone’s pouring champagne telling you how much you ‘deserve this.’

You’re in heaven! But then the cruel reality comes down… what’s the next one? Can you follow that? It’s all about the short-lived glamour and ecstasy of being successful in the rock business.”

One of the premier hard rock vocalists of all-time, Wilson smashed boundaries with her band Heart, the 8-times Platinum, 35 million-plus selling Rock and Roll Hall of Fame trailblazers who formed in 1973. During a decades-long career, Wilson rode the roller coaster of fame, fortune and madness, learning both joyous and hard, hard lessons along the way.

Fast forward to the summer of 2020 and a road-trip with her husband (all aboard a rented tour bus with protocols observed!) saw Wilson in the Bay Area, where she ran into the legendary veteran ‘artist’s lawyer’ Brian Rohan; it was the catalyst for Fierce Bliss’s creation.

“Getting to know him, talking to him and his belief in me made me go: ‘the hell with this sitting around the house, I’ve always wanted to record at Muscle Shoals Sound Studios*, I’m just going to go do it, I have some songs!” Wilson states firmly.

“Brian recommended people to me that knew people in Nashville, so I met [famed Nashville session guitarist] Tom Bukovac and Tony Lucido at those Muscle Shoals sessions. I’d never met them before, and they really inspired me. It was like a big door opening. Put it this way, we’re now a band.”

With the musical chemistry organically established, Fierce Bliss came together quickly. “It grew from that first session at Muscle Shoals,” furthers Wilson,

“I had originally intended to go in, record a few songs and see what I had, but it just took on this life. Jim Zumwalt, the attorney, got a hold of it and said I should look at a few other people. We went into Sound Stage in Nashville, where Kenny Wayne Shepherd came in and played on a couple songs.

He was a whole other influence coming in, he just played his butt off, and with the gospel singers and everything else coming together, the whole project just started to grow. I’d known Warren Haynes from Government Mule for a while, we’d written a couple songs together with Government Mule playing, and those rounded out the record. So all of a sudden, where there was no record before, suddenly I had eleven cool songs that I really liked.”

Fierce Bliss is not just an album for fans of Ann Wilson and Heart, it is an album for everyone seeking a lavish ticket out of the sharp edges of an increasingly fraught society.

Fierce Bliss also marks perhaps the first time in her illustrious career that Ann Wilson has truly felt the wind in her wings, something which might seem a strange statement given her pioneering history.

Listen to recently released “Greed” and “Missionary Man” at this location

Wilson will soon be hitting the road with her new band, and make no mistake, she’s a performer at heart thus her excitement is palpable.

‘AN EVENING WITH ANN WILSON OF HEART & THE AMAZING DAWGS’ Tour will kick off on February 19 at Family Gras in Metairie, LA, with more dates to be announced soon.

Tickets can be purchased at this location

*Available on CD and digital formats only

Musicians who appear on Fierce Bliss:

Vocals – Vince Gill on “Love of My Life”