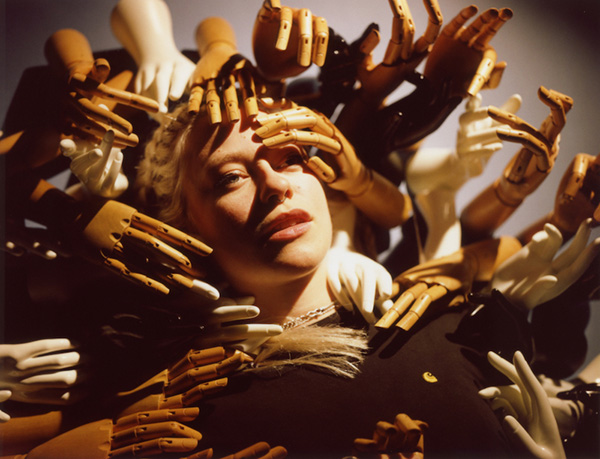 Today, London-born Dublin-based singer-songwriter Anna B Savage is sharing new track, “Baby Grand,“ the final single from her debut album ‘A Common Turn‘, to be released Jan 29th via City Slang. As well as this Savage will perform a livestream on Jan 26th for Baby’s All Right, which you can get tickets for here and has just announced a full UK & European tour for this autumn.

“Baby Grand” is both the title of Anna B Savage’s latest single from her debut LP and the title of a short film she has been working on with ex-boyfriend and filmmaker, Jem Talbot, to be released later this year; you can see the trailer here. The pair have co-directed the “Baby Grand” music video, which reworks a scene from the film and blurs the lines of reality where art imitates life imitating art imitating life. The cross-discipline, cross-genre piece seamlessly blends real life footage with actors portraying the pair’s younger selves.

Savage says of the music video:

“Jem was my first love. For three years we’ve been working on a film together about our past relationship. This song is written about a night Jem and I had, just after we’d started work on the film. This night was – like much of the filmmaking process – very confusing. Taut with unexpressed emotions, vulnerability, and miscommunication.

‘Baby Grand’ (the film) and ‘A Common Turn’ (album) are companion pieces: woven together in subject, inspiration and time. Jem was, for want of a better word, a muse for ‘A Common Turn’. Expressing ourselves through our different mediums (mine: music, his: film) became a way for our disciplines to talk, perhaps in place of us.”

“Having not spoken to me in seven years, Anna sent me a text out of the blue saying she’d had a dream about me. Perhaps by chance, or by cosmic serendipity, I’d been listening to her EP and already dreaming up a film idea the two of us could collaborate on. Three years later, she’s releasing her debut album and I’ve finished that film. In that time, both our mediums have been in a constantly shifting dialogue with each other, a dialogue that has mirrored the ebbs and flows of our connectedness in the present day.

The film is an exploration of the how and why some people just crawl into your heart and make a home there.”

‘A Common Turn’ follows the success of Anna B Savage’s 2015 debut EP, which was praised by press internationally including NPR and The Guardian, and quickly caught the attention of Father John Misty and later Jenny Hval, both of whom took Savage under their wing and brought Savage out on tours. ‘A Common Turn’ is deeply vulnerable but without submission. Savage lays claim to her own fragility, and the stories she tells are of taking up space, finding connections, and owning the power in not knowing all the answers.