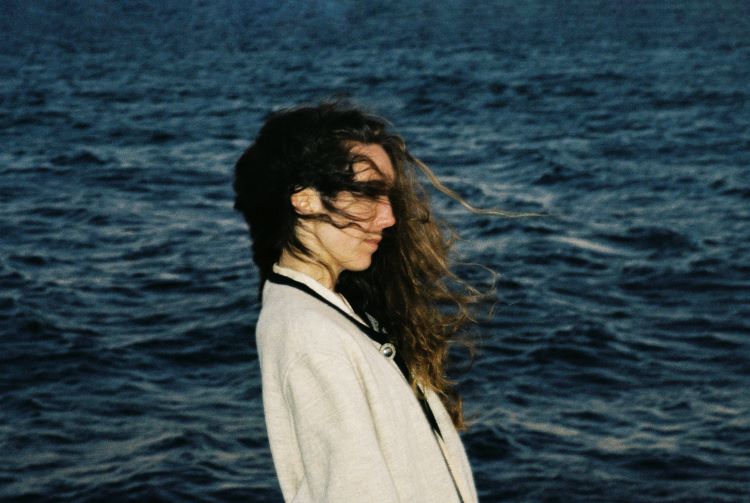 Ireland’s Anna Mieke today shared her new single “Seraphim” alongside a captivating Anna Heisterkamp-directed video, premiering at FLOOD Magazine. “Seraphim,” an immersive, rhythmic track that steadily builds to an enthralling crescendo, is the fourth single off her new album Theatre, due out November 18th, 2022, via Nettwerk. “While writing this song, I was listening to a lot of Juana Molina from Argentina. She has really interesting vocal rhythms going on,” explains Anna Mieke. “’Seraphim’ touches on loss, the ‘passing on’ of grief, and the different ways it’s expressed. But, for me, there’s something really uplifting about the song too, and having family and close friends in the video really means a lot.”

Of the video, Heisterkamp adds: “The ‘Seraphim’ music video and the video for ‘Mannequin‘ were made in quick succession and they’re definitely both part of the same body of work. When Anna and I first met to discuss ‘Seraphim,’ we realized the video was coming together around a coincidence: both of us are named after aunts who passed away before we got to meet them. This video is grappling with the idea of overcoming loss by sharing something with another, as well as focusing on what the song sounds like and how to move to it. Ultimately the video is looking at how your body always wants to react and how you can shape it continuously away from that. Making this video was a catharsis and I am so honoured that Anna entrusted me with this beautiful song.” Anna Mieke’s previous singles “Mannequin,” “For A Time,” and “Twin” have earned support from Brooklyn Vegan, Cool Hunting, Guitar World, Northern Transmissions, and more. Theatre is now available for pre-order.

Theatre envelopes listeners in the warmth of Anna Mieke’s world, radiating with an intense heat that lies closer to the desert or the jungle than her hometown of Wicklow, Ireland. It’s the surreal soundtrack of a vast personal plain steeped in nostalgia, family, memory, death and dreaming—where gritty reality and romanticism meet. This duality is the thematic core of the album, but it’s ultimately more about sensation than theme. “Perhaps the music enables some form of dreamlike movement towards an imaginary place,” Anna Mieke says. “I’m just creating a sound world to escape to, built from moments in time. I hope it reminds someone else of their own experience…memories of youth infused with an intense warmth, like that childhood sensation of summer.”

With influences ranging from Talking Heads and The Mamas & the Papas to Orchestre Baobab, Nusrat Ali Khan, West African kora and traditional Brazilian dance, the album’s vivid soundscapes mirror Anna Mieke’s lush and adventurous upbringing. As a child, she cycled over The Pyrenees to Gibraltar, learned Maori songs while living in New Zealand (age 5) and, later, traditional songs in Bulgaria. “Climbing glaciers and an active volcano, trekking through jungles…I remember that otherworldly feeling, somewhere totally alien to all your senses,” she recalls of her time in New Zealand. Theatre encapsulates this feeling. A captivating artistic statement, it finds Anna Mieke at her most assured and poetic as she contributes a challenging, exciting new voice to alt-folk.