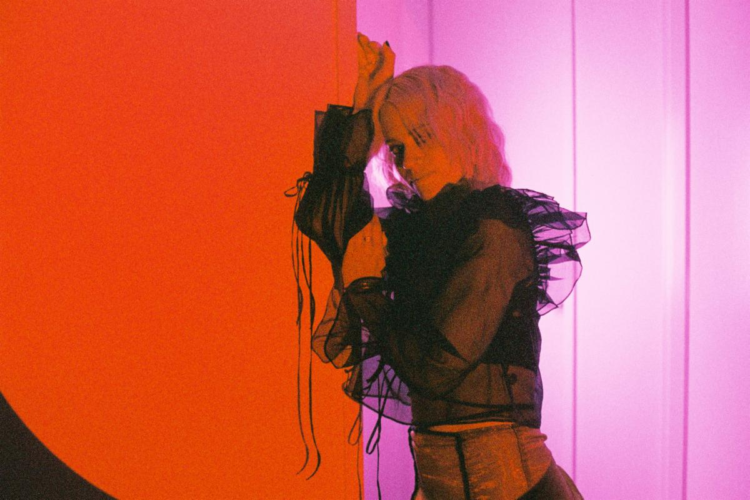 The release of “Alright” caps a banner year for Hamilton, who in May released her long-awaited debut album, the future is here but it feels kinda like the past. Spawning singles “Again”, “All The Doors Inside My Home Are Slamming Into One Another”, “Night Off”, “Electric Night” and “Exist”, Hamilton’s debut LP drew support from triple j Unearthed, Double J, FBi Radio, 2SER, SYN FM, NME Radio, BBC6 Music, NPR’s Bob Boilen and more, also amassing local and international acclaim from triple j, The FADER, Clash Magazine, BBC Radio 1’s Jack Saunders, Atwood Magazine, The Partae and others.

Having just wrapped up her headline European and UK tour, where she also supported Lime Cordiale across 21 dates as well as a performance at the New York City ‘School Night’ Showcase, a deluxe digital edition of the future is here but it feels kinda like the past was recently released by NFT platform Serenade, featuring two new bonus tracks alongside a handwritten, illustrated lyric book – available to purchase here.

On the choice of cover, she shares: “A couple of months ago I was hanging out with my friend Nile Marr in his studio in Manchester, UK, listening to music and sharing songs that had inspired us, and we somehow ended up down the Supergrass rabbithole. ‘Alright’ is one of my all-time favorite songs and takes me right back to driving around with friends in the summer that I got my license, so we spontaneously decided to record a cover of it – we kept it simple, light and breezy, like a carefree summer afternoon.”

Obsessed with memory, dream worlds, fantasies and parallel realities, the future is here but it feels kinda like the past is a transportive, mystical journey that traces the contours of a balmy, high summer night, from the muggy, red-dirt afternoons that give way to electric blue twilights, through the navy-black nights sporadically, breathtakingly lit up by the whip of treacherous forked lightning, dissolving into warm, fuzzy mornings that sit perched on the window-sill of reality, another day.

Sonically and thematically, the future is here but it feels kinda like the past lives in these listless hours of liminal consciousness, a self-contained, through-the-looking-glass universe where time becomes elastic, memories blur imperceptibly into one another and seeds of deep emotional truth come to you in surreal, warped imagery.

Working on her own, in collaboration with co-producers Pete Covington and Jake Webb (Methyl Ethel), and featuring contributions from Jenny McCullagh and Rosie Fitzgerald (I Know Leopard), Matt Mason (DMA’s) and Luke Davison (The Preatures), the future is here but it feels kinda like the past collects little moments of emotionality, snapshots now perfectly preserved in time forever.

Synthetic yet raw, polished yet organic, digital yet gritty, Annie Hamilton’s debut studio full-length hangs suspended in time, cast between a past that is irrecoverable and a future that is seemingly never arriving. Rejecting straight-forward narrative structure in favor of pinning down hyper-specific yet universally empathetic moments, the future is here but it feels kinda like the past is a stylized-yet-grainy collage of snapshots that span a mammoth range of emotion, sound and genre, but are tied together as documentation of little human moments, full of contradiction and duality, reality as metaphor and metaphor as reality, stumbling through life and trying to make some kind of beautiful, fleeting sense of it.