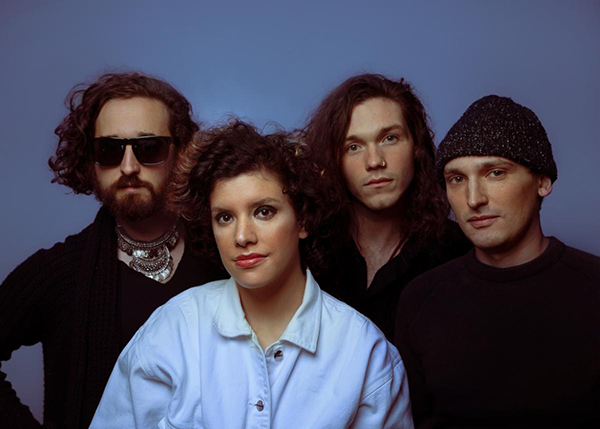 Lauren Records is excited to announce that they have signed Seattle’s Antonioni, and unveiled a new single from the band. “Mary Bell” was written while Sarah Pasillas from the band was processing a friend committing an unthinkably violent and inhuman act. What could cause someone to do something so evil? Could that same evil reside in me?

“Mary Bell” is a brash yet melodic song with a dark underbelly. “I wrote this song after watching a couple True Crime Youtube videos about young girls who became murderers. I was drawn to this topic in particular as one of my best friends murdered someone a couple years ago– an incident that was so traumatizing and close to my heart that I can’t help but explore the grief time and time again through songwriting.” says Pasillas of the inspiration behind Antonioni’s new single.

“I felt so heart attacked” Pasillas’ somber voice rises above the fuzzy clatter, reminding you of melancholy within the song.

“I also like songs that decide to take on traumatic stories (like Polly by Nirvana and John Wayne Gacy Jr. by Sufjan Stevens), as a way to discuss and ask questions like, “how close am I to evil?” No question is more pertinent, right? To face the evil inside yourself and try to recognize it in all its forms” Sarah Pasillas says of the dark subject matter of the song.

Antonioni has been steadily rising within the Seattle indie rock and DIY scene over the past four years. They’ve put out two EPs and a handful of self-produced music videos. Their work has garnered praise from outlets like KEXP and NPR who wrote that their music “sounds and feels like a fuzzy ’90s flashback fever dream.”