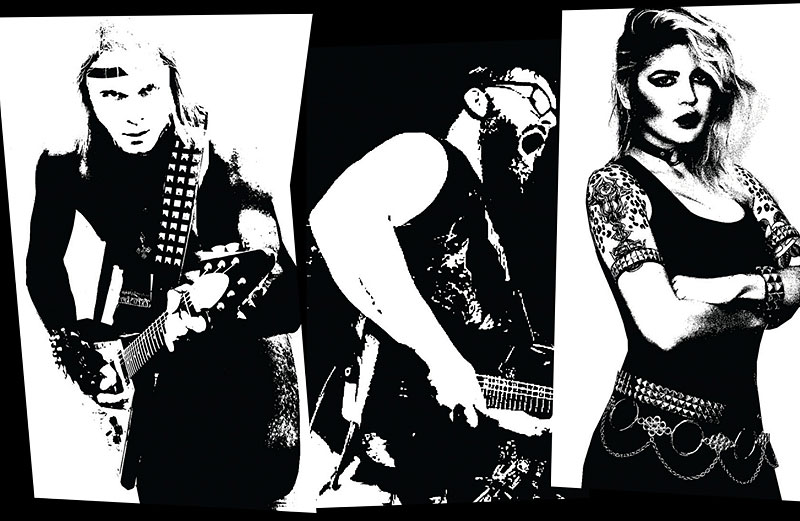 The 2ndadvance song from the debut album by canadian Speed Metal band APHRODITE, comes in the form of a lyric-video for the song “Aphrodite, Queen of Lust” taken from their upcoming album “Lust and War” which is going to be released next July 9th through Fighter Records on CD & 12″LP, and you can watch the video here:

APHRODITE formed in the later half of 2018 with a few creative minds coming together; Jo Steel “Capitalicide” from ICE WAR, wrote the music to the songs and Heidi Stockdale wrote the lyrics who all deal with Greek Mythology themes. Yan Turbo from COLORSFADE was brought in to do lead guitar to thicken up the sound and after numerous singers, Tanza Speed was finally secured to be the singer. Her trademark voice can be heard in other bands like DEMONA and OUTLINE. Finally, the formula and line up was all in place to record the DIY production “Lust and War”. After a few offers, the band decided to form an alliance with Fighter Records. Any lover of good 80’s Speed Metal with Hevay & Punk hints in the vein of ACID, ZNÖWHITE, AGENT STEEL, S.D.I., VECTOM, etc., should be alert for this relentless album!

Tracklist for “Lust and War” is as follows:

Release date for APHRODITE‘s “Lust and War” will be 9th of jULY 2019 through Fighter Records on CD & 12″LP formats. In the meantime, check out APHRODITE’s official Facebook site here and listen to the 1st advance song of the album on the following link.