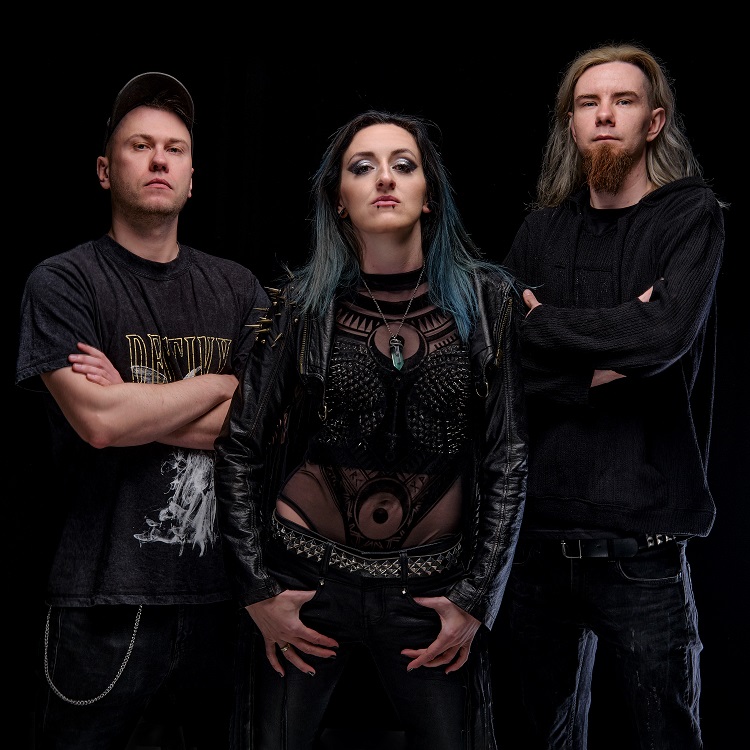 On Friday June 4th 2021, Polish alternative rock/metal band Arshenic has released their first new single, called „Bloodsucker”. The other 3 new singles will follow the coming months, each time with a release at the beginning of each month.

The single can be found on the following digital platforms: https://id.ffm.to/bloodsucker

There is no video but nevertheless you can listen to this song through their YouTube-channel. The direct link to this new song on YouTube is here.

Arshenic is a Polish band with a female front, playing heavy music on the edge of rock and metal.

There is no video but nevertheless you can listen to this song through their YouTube-channel. The direct link to this new song on YouTube is https://www.youtube.com/watch?v=fG79cA7Aa6U

The second full album ‘Final Collision’, was released in 2019 through  Sliptrick Records.

Last year, at the beginning of the pandemic, Arshenic released a cover of „Where Did You Sleep Last Night”, along with a music video shooted on the cliffs of Polish most cinematic beach.

The same year, Ofilia, the band’s vocalist, was nominated by an international jury for the Best Clean Vocal 2020 FemMetal – Female Goddesses of Metal award, after which she was awarded first place in this category.

„Bloodsucker” is an energetic, rock-metal track. The beginning of which is inspired by the atmosphere of old school metal of bands such as Motorhead, Alice Cooper or AC / DC, combined with the melodiousness of nu metal and contemporary electronics. At the band’s climax, the song turns into a progressive ballad with a post-rock vibe, vocals with a classic and musical feel. As a result, we have a one-of-a-kind piece that not only immediately catches the ear, but also surprises with its form.