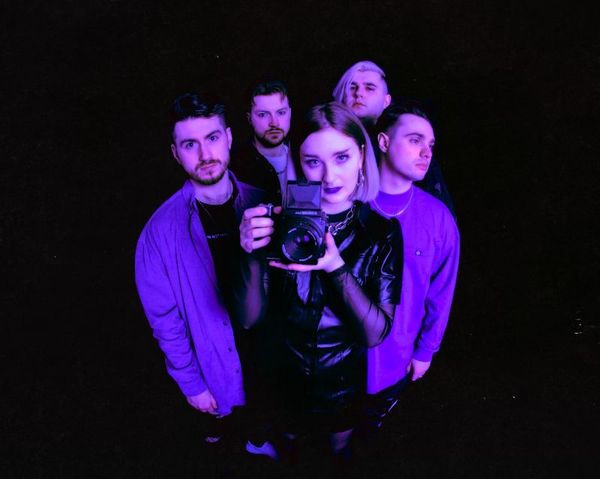 AS EVERYTHING UNFOLDS: new single

With their 2021 breakthrough debut album, Within Each Lies The Other, British metal act AS EVERYTHING UNFOLDS garnered over 20 million streams, international media acclaim and legions of fans alike. Just two years later, the band marks their return as they officially announce the release of their upcoming sophomore full-length, entitled Ultraviolet, out April 21 via Long Branch Records.

In conjunction with this announcement, today, the band released the album’s title track alongside a brand new video – marking the third track released off Ultraviolet – following 2022 singles “Felt Like Home” and “Blossom”.

Singer Charlie Rolfe comments:
“This song is about taking back control, and that internal power you feel in taking back the control. Using the overarching concept of ultraviolet light, it’s a great metaphor for how there’s now a new perspective on life in this new version of ourselves.”

Singer Charlie Rolfe adds:
“The new album ‘Ultraviolet’ is an open work on the thoughts and feelings surrounding us at the time. The anger, the frustration, the progress, everything on show, nothing to hide. Darkroom practice is something that has been a large part of my creative path, finding links between the emotion in music, putting everything on display for all to listen and exposing a colour photograph, putting it on display for all to see. Only when you are exposed to Ultraviolet light can you see life in full colour.”

Ignoring traditional genre boundaries with their distinctive sound, AS EVERYTHING UNFOLDS have aspired to create a unique listening experience, combining a multitude of genres within the alternative realm and beyond. With over 20 million streams of their debut album to date, their craft does not go unnoticed.

AS EVERYTHING UNFOLDS have been nominated for a Heavy Music Award and have appeared at European festivals including Download Festival, Graspop, Rock For People, Full Force, and shared stages with Enter Shikari, Wargasm, Holding Absence and many more.

With the release of their new album and many more tours and festivals in the pipeline, 2023 promises to be a huge year for AS EVERYTHING UNFOLDS.