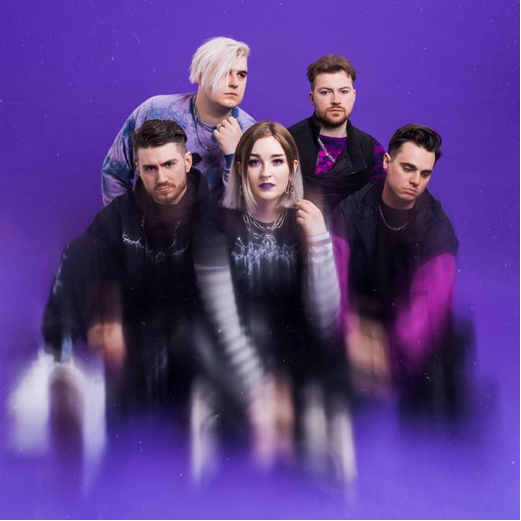 UK breakthrough act AS EVERYTHING UNFOLDS have returned with a powerful single, “Felt Like Home“, plus a brand-new official video.

As the first new music heard from the quintet since 2021’s acclaimed debut album ‘Within Each Lies the Other’, “Felt Like Home“is the first glimpse of their highly anticipated second album, to be released in 2023 via Long Branch Records.

“This song is a more personal story. It’s about embracing those most vulnerable moments in your life and making yourself feel comfortable in them, making them feel like home. Don’t ignore things that have made you who you are, leave those worlds open ever so slightly and learn to grow from it.”

Watch the new official video for “Felt Like Home” HERE

Ignoring traditional genre boundaries with their distinctive sound, AS EVERYTHING UNFOLDS have aspired to create a unique listening experience, combining a multitude of genres within the alternative realm and beyond. With over 20 million streams of their debut album to date, their craft does not go unnoticed.

AS EVERYTHING UNFOLDS have been nominated for a Heavy Music Award and have appeared at European festivals including Download Festival, Graspop, Rock For People, Full Force, and shared stages with Enter Shikari, Wargasm, Holding Absence and many more.  With the upcoming release of their new album and many more tours and festivals in the pipeline, 2023 promises to be a huge year for AS EVERYTHING UNFOLDS.