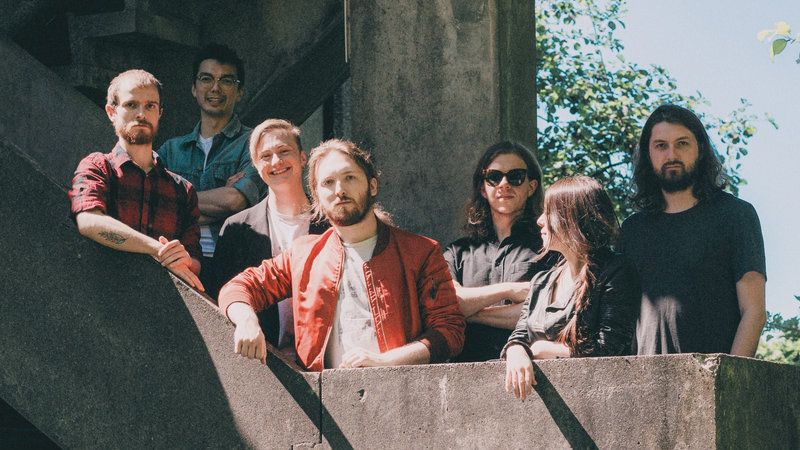 ASHENSPIRE Stream Hostile Architecture At Decibel Ahead of Friday Release

Glaswegian avant-garde black metal act ASHENSPIRE has revealed their new album Hostile Architecture, over at Decibel Magazine which is out on July 18th, 2022 via code666.

The band comments: “HOSTILE ARCHITECTURE is a sonic exploration of the ways that subjects under late capitalism are constrained and set in motion via the various structures that uphold stratification and oppression in urban contexts. It is inspired by brutalist, postmodern and utilitarian architectural structures that are found throughout post-industrial cities, hauntological in nature, being designed to provide for the populace through affordable housing but ultimately cost-cutting exercises and unfit for purpose.

The term hostile architecture refers to design elements in social spaces that deter the public from using the object for means unintended by the designer, e.g. anti-homeless spikes, which the album presents as emblematic of a foundational contempt for the poor and working class, an exemplification of a status quo fortified in concrete. The album provokes the listener to explore the dissonance of these contradictions in their own circumstances and perhaps consider possibilities for a world beyond what Mark Fisher called ‘Capitalist Realism.'”

ASHENSPIRE debuted in 2017 on Code666 records with Speak Not of the Laudanum Quandary, a critique of British Imperialism. The new album Hostile Architecture is a commentary on the widening of the inconceivably vast wealth gap between capitalists and the working class, and growing alienation between one another.

Musically the outfit create alluring and yet disturbing soundscapes which develop as the album progresses. Grounding the mood with intense dissonance and distortion, jazz influences and ethereal violin parts construct a stark contrast. The discomforting chaos emerges through contrapuntal melodies such as those used in “BÉTON BRUT”.

Manipulating dynamics amid tracks, and throughout Hostile Architecture, enhances the emotional anguish of ASHENSPIRE’s powerful message. With an anguished tone, the unsettling vocal quartet in “HOW THE MIGHTY HAVE VISION” diverges significantly from the darker sounds that dominate elsewhere.