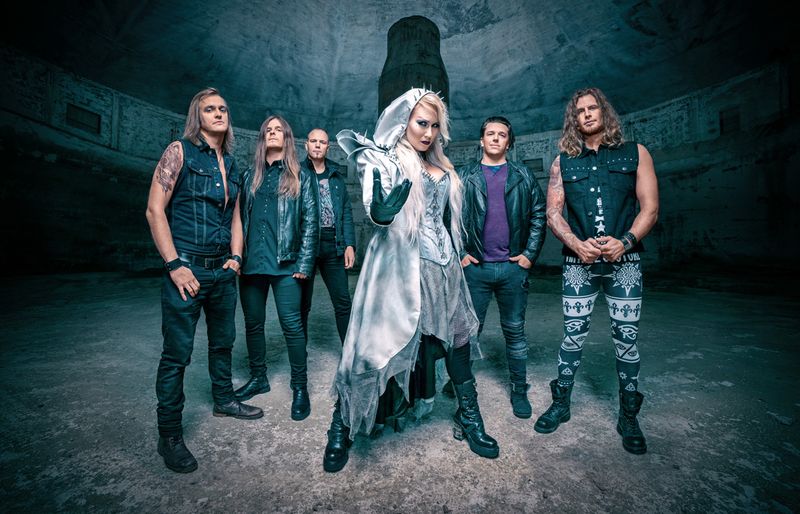 The Finnish heavy metal powerhouse BATTLE BEAST has received platinum and gold records for their two most recent albums. No More Hollywood Endings (2019) has been awarded gold for sales of over 10 000 copies and Bringer of Pain (2017) was honoured with platinum albums for album sales of over 20 000 copies in their native Finland.

The band comments:
“We are absolutely overwhelmed by the support from our fans – thank you all so much!
This was such a wonderful surprise to start our tour with, and we can’t wait to party with you all down the road. See you soon, friends!.”

Nuclear Blast stated about the huge achievement:
“Finland has always been a great country for metal and it was a pleasure to see that all last four BATTLE BEAST albums went number 1 in the Finnish charts. The Platinum Award for Bringer Of Pain and Gold for No More Hollywood Endings are not only a great achievement for the band but also for all the crazy Finnish metal heads standing so strong for their favourite bands. I’m sure we can soon celebrate an award for the latest Circus Of Doom album. And we are looking forward to see BATTLE BEAST win a powerful but peaceful battle on stage during their European tour. Kippis!”

The Helsinki-based sextet is currently on tour in support of their latest chart-topping album Circus of Doom (2022). The 19-show tour began in Stockholm, Sweden on Thursday, August 25th and is set to end in Vosselaar, Belgium on September 18th. BATTLE BEAST is joined on the road by Berlin’s modern metal trio FUTURE PALACE who released their acclaimed second album Run earlier this year.

Tickets for all show dates are now available.

Since their 2011’s debut album Steel, BATTLE BEAST have achieved over 200 million digital streams. Alongside the huge #1 success of their last four albums in the album charts of their home country, Finland, their last album Circus Of Doom  (2022) reached a remarkable #9 in German album charts.

Get Circus of Doom in the format of you choice, here: https://bfan.link/circusofdoom
Order their previous album No More Hollywood Endings now: http://nblast.de/BattleBeastNMHE