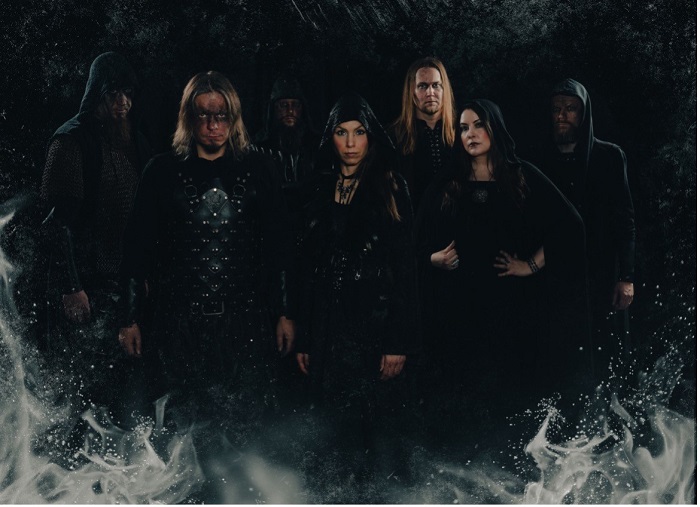 The Return Of The Shadow out this Friday Napalm Records

This Friday, the time has come to wield your sword and charge back to the battlefield, as Finnish heavy metal force BATTLELORE returns with their brand new studio album The Return Of The Shadow! More than 10 long years since their last offering, Doombound (2011), June 3, 2022 will finally see the Tolkien-inspired masters of epic, fantasy metal release their much awaited, seventh record on Napalm Records.

Previously released first singles “Firekeeper” and “Chambers Of Fire” have already showcased the exceptional songwriting skills the Lappeenranta-based fantasy metal warriors are offering on their forthcoming album, The Return Of The Shadow, and now, the band has premiered a music video for magical new single “Elvenking”!

“It is very rare to get an opportunity to write this kind of epic video, so I didn’t hesitate to say yes when Jyri messaged me if I would be interested in making it. Back in the day, Battlelore’s “Storm of the Blades” was one of the first videos I directed, so it was nice to unite again with the band.”

“We knew Markkus’s talent as a video director and his enthusiasm, and when we asked him to shoot the video for us, it was so overwhelming and a pure pleasure to work with such a professional he is. The “Elvenking” video enters to Tolkien’s Middle-earth from multiple angles, combining noticeable characters and scenes from Tolkien’s written poetry.”

The energy BATTLELORE delivers on The Return Of The Shadow is immediately evident, and without any doubt making this record one of their strongest, heaviest and best works to date. Named after Tolkien’s original, shelved title for his legendary epic fantasy novel Fellowship of the Ring, BATTLELORE’s brand new album features nine Middle-earth themed songs, shining with the blistering aura the band has become known and loved for.

The Return Of The Shadow was recorded by Janne Saksa at the Sound Supreme Studios, Finland, and was mixed and mastered by Dan Swanö at Unisound Studios. As a special gift to fans, the album will also include a bonus EP, entitled Lost Lands, that features three songs written around the beginning of the band’s hiatus that, soundwise, are different from the tracks on the main album.

The Return Of The Shadow will be out this Friday, on June 3, 2022 through Napalm Records, pre-orders are available at THIS LOCATION!

Pre-Order ‘The Return of the Shadow’ Here!