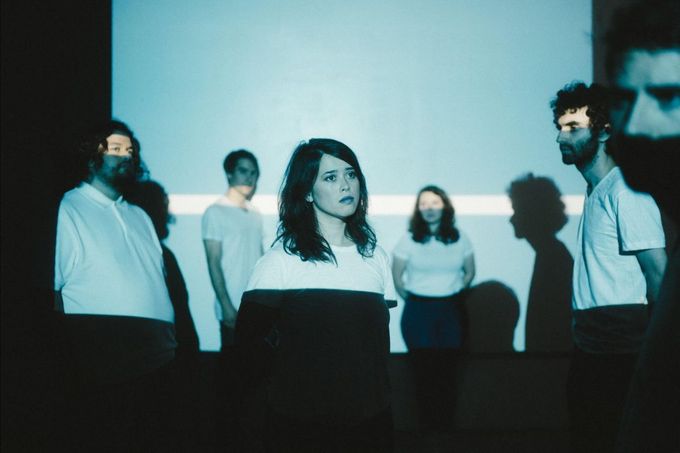 BENT KNEE announce new studio album ‘You Know What They Mean‘; launch video for ‘Hold Me In‘.

Boston-based art-rock band Bent Knee are pleased to announce their fifth full-length studio album ‘You Know What They Mean‘, out 11th October 2019, and have also launched a brand new video for their latest single ‘Hold Me In‘, directed by Kelsey Hunter Ayres. Watch it now here:

Ben Levin comments of the new single: “When everything seems to be falling apart around us, the path of least emotional resistance can be to just feel nothing. Our song Hold Me In is the sound of someone gripping their emotions so hard that unprecedented waves of pain and beauty shoot out from between their fingers.“

You can see the full track-listing below:

Bent Knee formed in Boston in 2009 as a collaborative determined to push the boundaries of pop and rock, combining all their influences into a seamless, thrilling whole. The band has gone from strength to strength in recent years. Their last three albums, 2017’s Land Animal, 2016’s Say So and 2014’s Shiny Eyed Babies, were hailed as significant art-rock achievements, and the band continues to be garnished with praise for their live show, performing hundreds of concerts worldwide to date.