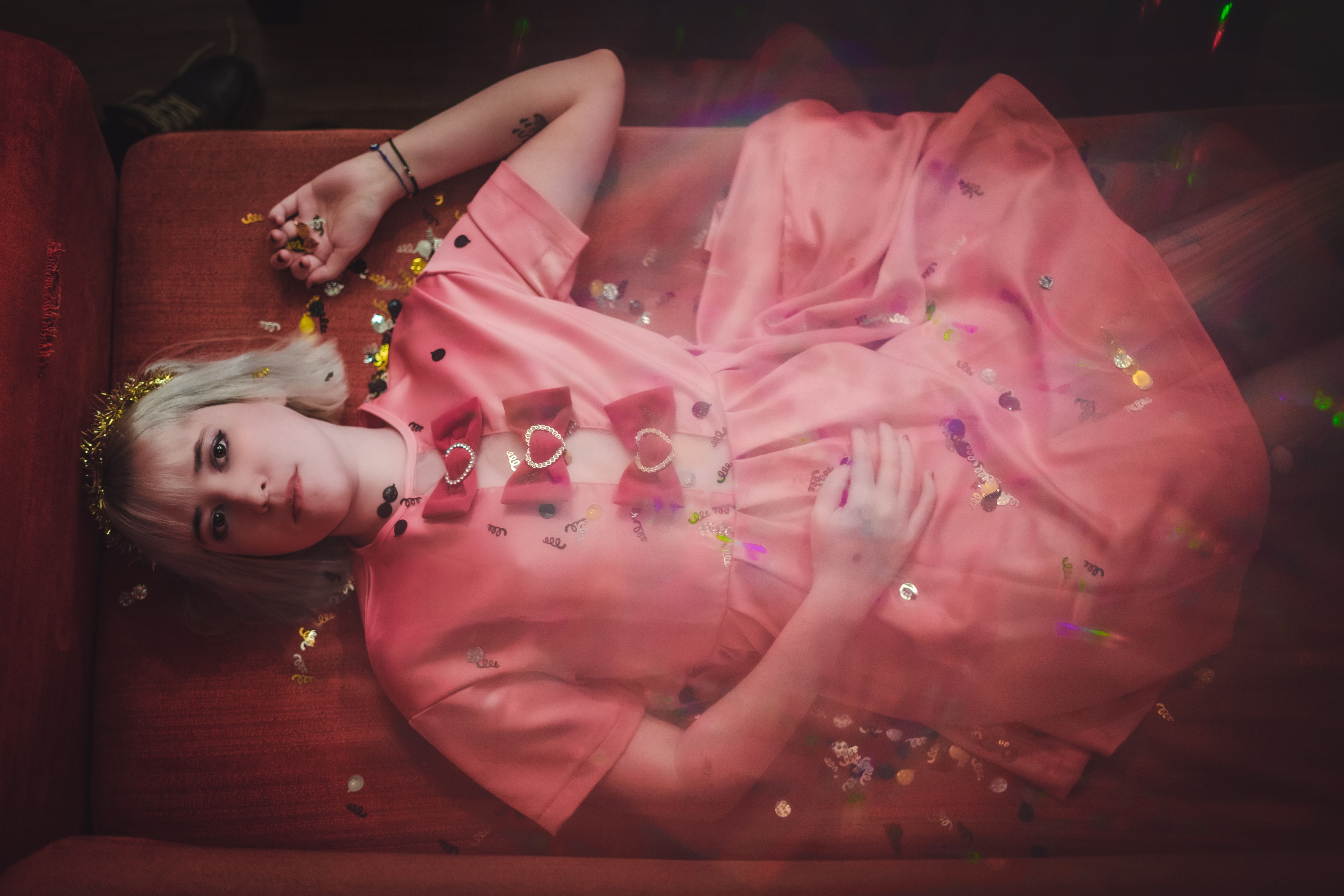 “I turned to music and I wrote what’s basically a ‘greatest hits’ of some of the worst stuff that’s ever happened to me,” says Mariel Loveland of NYC-based band Best Ex about her indie pop exorcism Good At Feeling Bad EP, out today (May 22, 2020 via No Sleep Records and Alcopop Records in the UK). “I love this EP. I think it captures the full spectrum of the loneliness and isolation I was feeling at the time I wrote it. My disillusionment with certain friendships and relationships… my disillusionment with our culture of social media and celebrity… my disillusionment with genuine, unconditional love. To me, this EP is a middle finger from a woman who’s over it and finds happiness regardless of the things that constantly try to knock us down.”

Good At Feeling Bad is the follow-up to Best Ex’s debut EP Ice Cream Anti-Social (2017), and it’s a balance of the yin and yang of her life from the past two years (with some lyrics dating back to 2015). Loveland says that over the course of writing this EP, she’s gotten a little bit better at existing in her daily life in spite of whatever undesirable and earth-shattering thing is happening. “It’s like I’ve found a compartment somewhere in my body to just throw all the bad stuff, roll my eyes and hope the locker still closes all the way at the end of the day,” she explains. “I’m not sure you ever get over the fear of happily waking up to read the news and discovering the awful things about people you love, your life, or the world. But, at this point, when something bad happens, I think, ‘Oh, of course’. That’s when I decided to name my EP Good At Feeling Bad.”

The newest single off the EP, the hypnotic indie synth pop “Gap Tooth (On My Mind)“, is about the self-defeating and diminishing feeling of getting lost in someone else’s life. “When I wrote it, I had been living on and off in England for the last few years with my then-boyfriend and his family,” she explains to FLOOD who premiered the video. “I started to realize over the course of our relationship that my life completely dissolved into his, which I think can happen when you’re dealing with a partner who’s suffering from depression. I had become so obsessed with caring for him and making him happy that one day, I woke up with an entirely different life in a foreign country. The future looked fantastic, so when he decided to dump me in a short phone call right before the holidays, it felt like someone had broken in and robbed me of my entire life in the middle of the night. I spent all of Christmas crying and the entire New Year’s begging my mom to come pick me up from my brother’s house. A few months later, I wrote this song.”

The EP’s first single – the melancholic dark pop “Bad Love” – premiered via Substream and Loveland tells the outlet that the inspiration for the track came out of a period where she was feeling stagnant, alienated by the universal story of poor decisions turning into ‘bad love’. The single also serves as a hard reboot on her musical aspirations. Like the yin and yang of the album as a whole, “Lemons“, one of the most jubilant sounding tracks on the album, actually came from a really lonely place of realizing that most of the friends she thought she’d have forever were quick to ditch her when things got tough.

The most painstaking track to write, however, was the menacing “Feed The Sharks.” Days after she had admitted publicly that she was a vicim of abuse, she refreshed her social media and saw that the other person finally published his public response and it absolutely spiraled in the press in a way she didn’t think was possible. “Almost none of it was true, but it seemed like everybody believed him and nothing would make it go away. I started writing ‘Feed The Sharks’ a year or so after that whole thing blew up, when I still couldn’t escape it. It’s really hard to remind yourself that the online bandwagon is a horrible beast that preys on the most vulnerable. It wants to brutally devour someone it doesn’t even know for some perceived belief about how they are. It doesn’t allow for humanity. To me, it felt like I was feeding pieces of myself to sharks every time I opened my phone.”

The last two tracks – the melancholic ballad “Two Of Us” and the high energy “Good At Feeling Bad” – close out the EP with an optimistic outlook on life. The latter track was written when she was splitting time between England and New Jersey, while on her usual bus route in Kent, UK. It’s an uplifting ode about remembering that people can be good even if the world has been unkind. “I was planning on refilling my reusable bus pass but realized I didn’t have enough UK currency. A stranger ended up giving me £10 – I only needed 50p – just in case I needed extra if something else happened, and I thought, ‘Wow, this is so nice.’ I try to remember that whenever New York City kicks me in the gut.”

With Good At Feeling Bad, Loveland is diving even deeper into indiepop, a move that may surprise some old fans of her former band Candy Hearts. “There’s that heartbreak, that rawness, and that tongue-in-cheek demeanor because if I can’t laugh about the sheer amount of times my heart has been broken, I don’t know how I’d survive.”