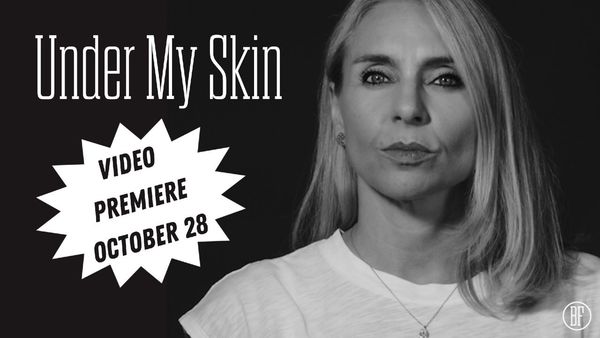 Beyond Frequencies is back! On October 28, the new single «Under my Skin» will be released. From BF we are used to heavy sound. Now the band presents a new, vulnerable side with their first ballad so far.

Beyond Frequencies celebrates the premiere of the video with all you Megalomaniacs in a live stream on Youtube on October 28, 6pm CET accompanied by a live chat where front lady Blazy Flash answers your comments in real time.

The story behind the song

Before her comeback with Beyond Frequencies, the singer and songwriter Blazy Flash* has been told she’s too old to return to the music business. Well, she did it anyway.

Since the debut almost two years ago, she has released a remarkable 12 music videos with Beyond Frequencies, which have now reached over 1.5 million views on YouTube. This shows that music is all about emotions, no matter what age!

Still, in the new song Blazy Flash now addresses in a direct and relatable way how it feels when time seems to slip through your fingers. We all know that feeling when looking in the mirror and seeing an aged reflection of ourselves, even though we still feel like the playful and dreaming child on the inside. «Under My Skin» celebrates the traces that real life leaves on us when you relentlessly pursue your dreams – an authentic and unique tattoo that literally gets under your skin.