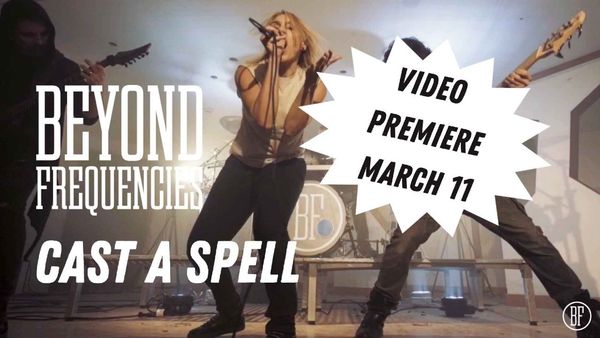 On March 11, Beyond Frequencies will release a brand new music video for their current single «Cast A Spell».
Pre-Listen now: You can already listen to the song exclusively on Beyond Frequencies’ website before it will be available on all major streaming platforms on March 11.

Beyond Frequencies celebrates the premiere of the video with all you Megalomaniacs in a live stream on Youtube on March 11, 7pm CET accompanied by a live chat where front lady Mel answers your comments in real time.

Beyond Frequencies are known for their megalomania in finding a unique location for each video. This is also the case with «Cast A Spell», a truly mystical song that the band stages in two fantastic locations at once. Beyond Frequencies shorten the waiting time for the new video by giving you megalomaniacs daily insights behind the scenes on Instagram.