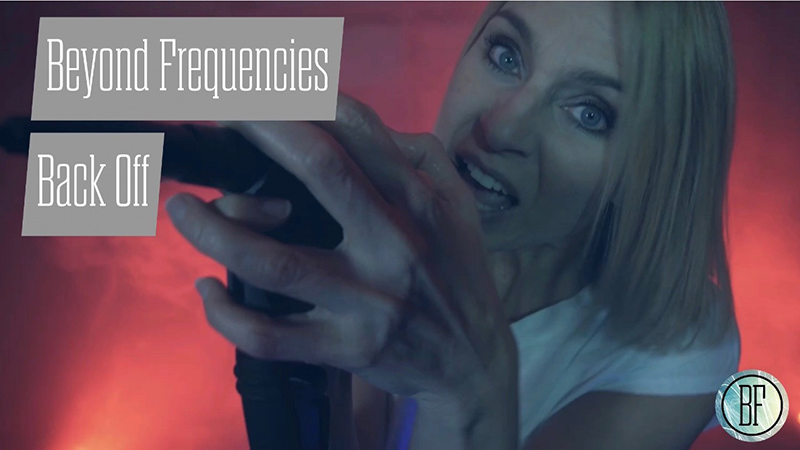 With «Back Off» Swiss alternative metal band Beyond Frequencies releases the highlight of its music videos so far. The megalomaniac troupe has thus kept its promise to film the entire album «Megalomania». A plan that originally started out as a Corona-crazy-idea, to bridge the concert-free time, is thus on the verge of completion.

Beyond Frequencies celebrates the premiere of the video with all you Megalomaniacs in a live stream on Youtube on September 12, 7pm CET accompanied by a live chat where frontwoman Mel answers your comments in real time.

Become officially a 𝗠𝗘𝗚𝗔𝗟𝗢𝗠𝗔𝗡𝗜𝗔𝗖 by following the band on: