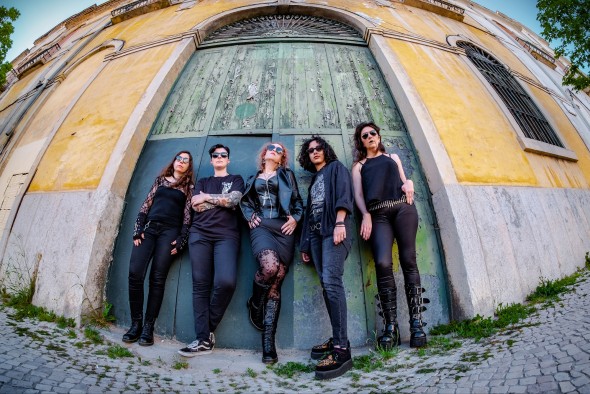 Portuguese all-female metal band Black Widows released a second single and music video from their upcoming second studio album Among the Brave Ones which is set to be released on October 21st 2022 via Finnish Inverse Records.

WATCH Among the Brave Ones music video:

Vocalist/guitarist Rute Fevereiro comments:
“More than ten years ago, during a break with Black Widows and when I decided to think about my musical life, I made several songs. Among the Brave Ones theme comes from that period of creativity. At the time, it didn’t have that name but it awakened in me a sense of resilience and freedom. When I proposed this theme for us to work on as a band, Black Widows liked it and improved it substantially, giving their input as musicians. Among the Brave Ones was the name given to this theme and the album. This song is about our band returning stronger and more powerful than ever . It honours the brave artists and has many musicians guests promoving our video, as you will see. Are you ready for what’s to come?”

Among The Brave Ones -album pre-sales has started and can be pre-ordered here: https://blackwidowsportugal.bandcamp.com

Listen/Buy Among The Brave Ones single: https://push.fm/fl/black-widows-among-single