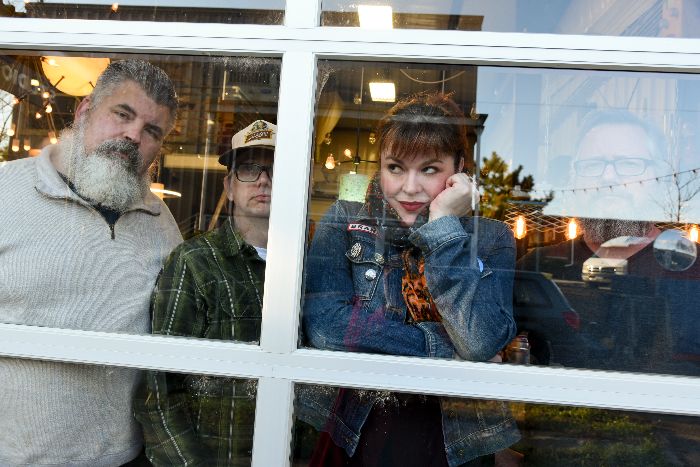 BRANDY AND THE BUTCHER: streaming the new album

Hard rockers BRANDY AND THE BUTCHER are streaming the entirety of their new album Lucky Foot which is set to be released on May 20th via Ruined Recrods.

“On this record we set a date to release the record before we had finished writing the last 4-5 songs. Some were partially written in the studio where our 1st LP’s tracks were all played live before recording. What we ended up with was a batch of songs that wander between punk, metal and a few other places.

This record doesn’t swerve into the lo fi realm as much as our 1st record did but there was more guitar sound experimentation as 2-3 songs are fuzz based with a couple of swerves into Psychedelia . Liz’s vocals are much more powerful on this LP as well with the subject matter of the lyrics being much more focused.

She was out sick with Covid and some other sinus issues for about 3 weeks during the final month of recording so we ended up writing most of the lyrics for Hiding Place without her as she typically writes the lyrics.

We are excited to get this record out and see what people think of it!”

Initially forming as an ensemble and dropping their EP Pretty Girls in 2018, BRANDY AND THE BUTCHER saw their first tour cut short due to the pandemic.

After releasing their debut full length released in August of 2020, the new LP follows the quartet as they progress in developing their music. Delivering high energy and dynamic rhythms, BRANDY AND THE BUTCHER’s distinctive rock n roll edge mixed with seductive vocals produces a raw, powerful sound.