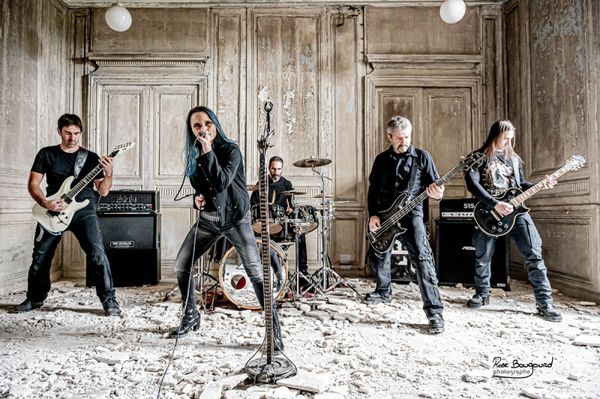 Bullet Ride’s debut album At The Gates Of Hell, was released on January 21, 2022, via Music-Records. Today band released Official Lyric Video for “Somewhere Else”.

The band comments:
“In the chaos that we create, wreck of concrete, rocks and chemicals, what would be our future? The end of the humankind will be a good thing for life for sure … meanwhile, the World is on Fire.“

Bullet Ride is a metal band from the Paloise region (France) formed in 2014.

For 2 years, the quintet dusted off thrash and heavy standards and alternated concerts and line-up changes.

From 2016, the stabilized group devoted itself to its own repertoire, which received a good reception from the public during concerts.

With a solid set of effective Heavy / Thrash songs, Bullet Ride is working on their debut album, which promises a powerful and melodic Metal.