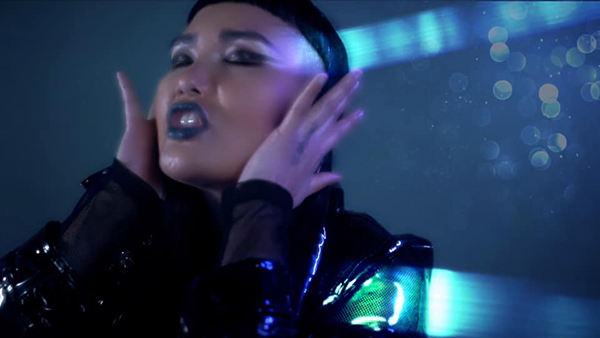 Galicia, Spain-based American synth and electro artist CZARINA (styled as C Z A R I N A on all platforms) unveils her latest high-octane gothic and sci-fi cyberpunk single entitled “Atomic: Ad Initivm”. The hyper dynamic track explores themes of trans-humanism and cybernetics combined with spiritual awakening in a dark dystopian future. CZARINA poignantly relates the soul and spirit to subatomic particles in nuclear fission at the core of the human body, defying space and time. Haunting gothic choir chants in Latin asking to liberate the spirit from the body and return back to its source, as pulsating electricity surges waves upon waves ominously in a neon noir cyberpunk atmosphere, resulting in an eclectic and highly evolved take on dark, futurist electro pop that is both heavy-hitting yet ethereal.

CZARINA takes her audience into a smoky, neon-lit dimension, filled with atmospheric and cinematic synths, shimmering arpeggios, sonic guitar riffs, catchy melodies, powerful vocal hooks, and poignant, thoughtful lyricism that compels one to look inward, around and beyond the material world.