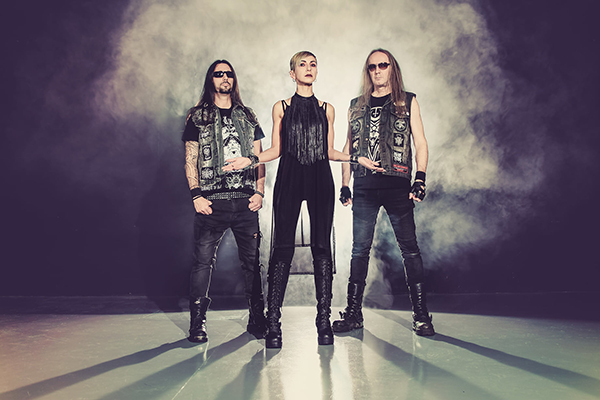 The first-ever Vinyl and Cassette release of CADAVERIA acclaimed Debut Album “The Shadows’ Madame” is out today via Time To Kill records, exactly 20 years after its original release.

To celebrate, the band has just released the lyric video for the song “In Memory of Shadows’ Madame”, that can be watched below

The video is an opus by Morbid Vision Italy, produced in association with Time To Kill.

The Shadows’ Madame 20th Anniversary Edition features two bonus tracks: a not previously released live version for the song “Spell”, recorded in the rehearsal room in 2001, and “VELO (The Other Side of Hate)”, taken from “Silence” album (2014).

It’s s physically available in four variants: black vinyl, blue vinyl, black cassette, and violet cassette, that can be purchased on the band’s official website cadaveria.com or on Bandcamp (https://cadaveria.bandcamp.com/merch), and can be streamed or downloaded on every platform via this link: https://bit.ly/tsm20thae

CADAVERIA have recently completed the recordings of their new album, which will be released in the following months. It will be CADAVERIA 6th album, the first in eight years since their last full length. So stay tuned for more info soon.