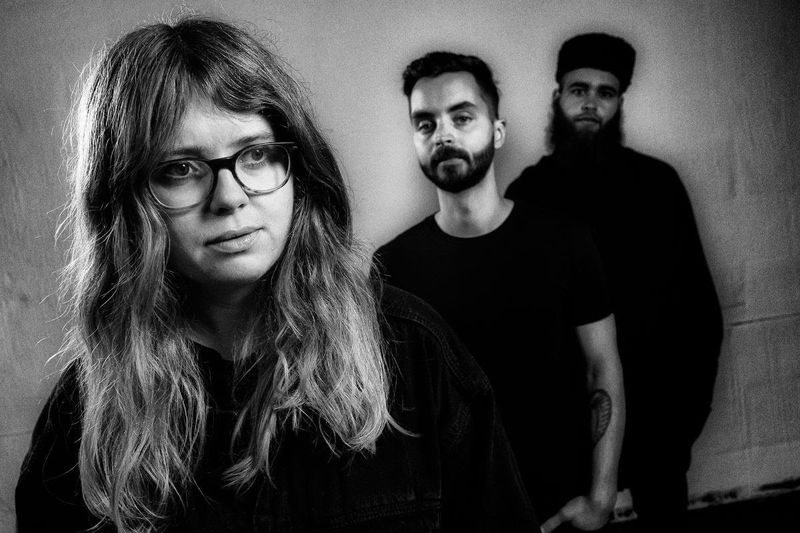 Stars above, evil below and fire in between.
A trinity in peace for aeons.

Today marks the release of CB3s (Charlottas Burning Trio) second single taken from their upcoming album Aeons, set for release February 28 next year. “Apocalypse” is an epic instrumental journey that brings the spirit of psychedelic prog- music to the 21st century. Guided by a haunted saxophone solo, the listener is catapulted through space and time into the unexplored and unexpected.

“If you like long epic songs like “Echoes” by Pink Floyd, “Close to the Edge” by Yes or the masterpiece “Opening Out” by Renaissance. And if you like instrumental madness like Emerson, Lake and Palmer and Earthless – this track is a mixture of those musical worlds. I wanted to create an epic ending of this album, which is based on one strong melodic idea, which is shattered and dies like an apocalypse. It‘s the end and the start of something new. The song features Martin Wirén “Bear Garden” on saxophones and me on mellotron synths.” –Charlotta

Stars above, evil below and fire in between. A trinity in peace for aeons. CB3 (Charlottas Burning Trio) is here to bring you on a journey with their explosive rock jams and mind-bending cosmic soundscapes. CB3 brings the spirit of psychadelic music to the 21th century; with a style that ranges from heavy psych rock jams like Jimi Hendrix to delicate atmospheric passages like Pink Floyd and progressive rhythms like King Crimson and Mahavishnu Orchestra. Close your eyes, set your mind free and drift away into the musical universe of CB3.

The autumn of 2018, CB3 celebrated a five year anniversary as a band in their hometown of Malmö, Sweden. Half a decade of constant exploration of the unconventional way of playing, fusing rock with jazz tonality and experimenting with rhythms, sounds and structures. After two self-released and self-produced albums, multiple collaborative projects and touring, CB3 signed with Lazy Octopus Records and Drone Rock Records for a cassette and vinyl release of their debut album “From Nothing to Eternity” in 2018. It was sold out immediately and received flourishing reviews. The Fragmented Flaneur wrote “What has been heard is a terrific debut from a band.”, The Obelisk wrote “Heavy psych heads with a hankering for jammy fare will delight no doubt at what CB3 bring forth in From Nothing to Eternity’s flowing course.”. Dayz of Purple and Orange wrote “‘From Nothing To Eternity’ is a real gem of an album.” and HYMN magazine wrote “The King Crimson of Malmö”.

In spring of 2020 they will release their new album “Aeons” on The Sign Records. Charlotta said of the process “It‘s been an exciting journey. Me, Pelle and Nate has almost been living, eating and sleeping music, but above all experimenting with the idea of making the most exciting and kickass instrumental album ever.”. Since the beginning the trio has valued and nourished their thriving lust of exploring new ways in composing music and playing live shows.

Playing more shows and focusing on touring they‘ve shared stages with bands like Monolord, Kikagaku Moyo, Hällas, Firebreather, Kaleidobolt and Spaceslug. Their live shows and music has been critically acclaimed by several magazines. HYMN magazine writes “These amazing musicians make the music sound more like it is performed by a symphony orchestra than a trio. The only thing I wish, after being completely mesmerized by the gig, is that it would have been longer.”. Playing several shows has been the major evolution of the band. With spaced-out explosive live energy, they‘ve taken it to the recording studio with songs like “Sonic Blaze” – a burning roller-coaster, the song “Acid Haze” – a fuzzy riff, with twist and turns and face-melting breakdowns. Or the ending: “Apocalypse” – feature saxophone player Martin Wirén and mellotron sounds by Charlotta.

The album is recorded by Björn Lindberg at Rabbit Holes Studios in Malmö and mixed and mastered by Joona Hassinen at Studio Underjord in Norrköping, Sweden. Björn is a sound engineer that worked with Hey Elbow. Joona is the sought after engineer in the underground scene in Sweden and has worked with bands like MaidaVale and Vokonis. The last track “Apocalypse” features Martin Wirén on saxophones and Charlotta on mellotrones. Artwork by Robin Gnista (Brant Björk, Radio Moscow, Imperial State Electric). Press Photos by Gianluca La Bruna. Video animations by Matteo Nobis Sandén (3D-artist, illustrator).

The trio is grateful for the new collaboration and possibility with The Sign Records and look forward to what the future will bring with their release “Aeons”. Because they are ready to take the next step as a band and put themselves among the grates in the heavy psych underground scene.