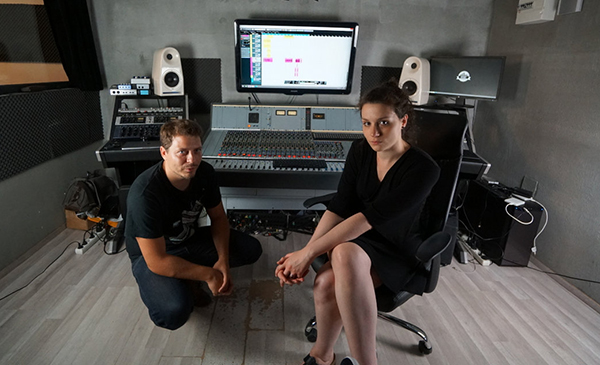 French Prog/Rock project CELESTIAL BURST has signed with Wormholedeath a licensing deal for the reissue of the EP “The Maze”, due for re-release on May 13th, 2022.

Celestial Burst statement:
One year after the first release of The Maze, we’ve been contacted by the record label WormHoleDeath. They reached us with the will to re-edit The Maze and distribute it worldwide. We couldn’t refuse the offer !

‘The Maze’ :
“It is the story of a woman who wanders in a world that she does not understand and to which she cannot adapt to because it does not suit her.
The labyrinth is the symbol that I wanted to give to the adventure that awaits her, littered with obstacles and dead ends (Alexis, Celestial Burst).

Celestial Burst is a French Progressive-Rock band launched by Alexis Lustenberger in 2012 as a solo studio project, Celestial Burst became a two-persons band in 2020 when Alexis was joined by Singer/Actress Kenza Laala to work on the lyrics and contribute to the vocals.

After some sessions @ Hesat Recordings, Celestial Burst is proud to present its debut EP called ‘The Maze’ where the duo invited the Dutch diva Anneke Van Giesbergen (The Gathering, Devin Townsend…) as vocal guest on the title-track of the record.