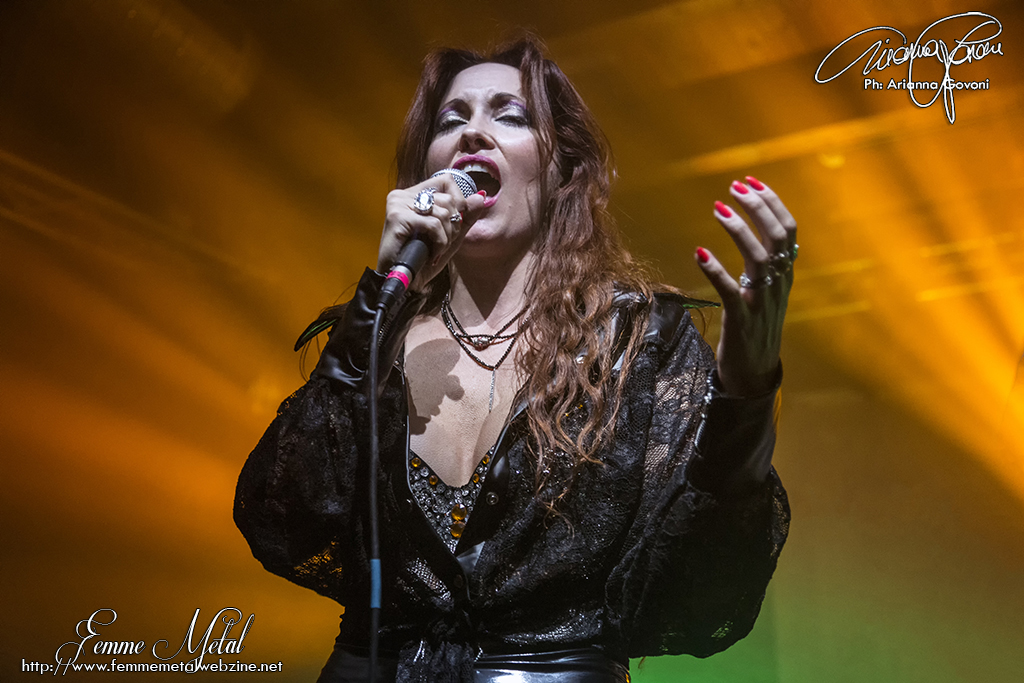 Frontiers Music Srl is pleased to announce the forthcoming release of the latest Chaos Magic album, “Emerge” on June 17, 2022.

Fronted by the mesmerizing Caterina Nix, “Emerge” is another stunning album of symphonic metal with hints of modern metal sewn throughout. Today, the band has released a new single and video, the title track, from the album.

Their musical chemistry has birthed an album filled with outstanding symphonic metal hymns full of catchy hooks, riffs, and bolstered by Caterina’s stunning vocal performance. Caterina continues to show increased musical maturity with each new release and “Emerge” is easily her most realized musical offering to date.

Her and Nasson’s songwriting partnership has now been running for a few years now and that familiarity with one another’s style shines through on the songs that comprise this album. South America has long had a love affair with heavy music and Chaos Magic’s “Emerge” is a breath of fresh air in the symphonic metal scene.

Caterina Nix is a superb vocalist from Chile, who was “discovered” by ex – Stratovarius composer and guitarist Timo Tolkki during one of his tours of South America.

Timo was supremely confident in Caterina’s musical talent from the start and wrote and produced the first Chaos Magic album for her. Additionally, he had her perform on the second Tiimo Tolkki’s Avalon rock opera album, “Angels Of The Apocalypse”.

While these two things brought Caterina more to the forefront on the International stage, she had already started her music career with the band Aghonya, who released their first and only album “Oxygen” in 2008.

Caterina had written all the lyrics and vocal lines for the album, which was released independently and received rave reviews. The band would go on to open shows in Chile for bands such as After Forever, Edguy, and Within Temptation before disbanding.

Caterina continued to work on music before eventually meeting Tolkki and starting her new musical journey with Chaos Magic. With Chaos Magic, she has opened for Nightwish and Evanescence, as well as toured in Europe on three separate occasions.