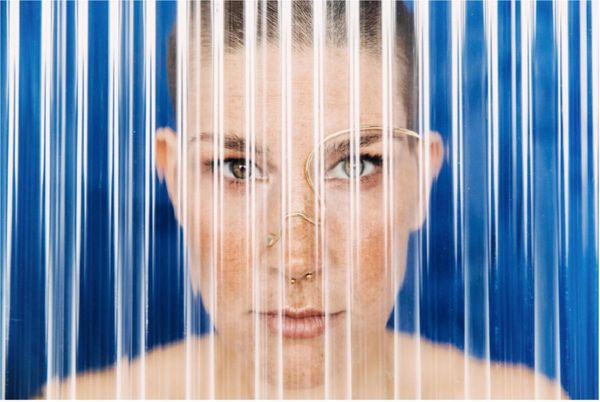 CHARLOTTE WESSELS weaves a lavish realm of rock, pop, metal and beyond!

Within this immersive piece of rock, pop, metal and beyond, CHARLOTTE WESSELS’artistic talent shows no limits on Tales From Six Feet Under Vol II. Carefully crafting lyrics, instrumentals, vocals and even mastering production, her artistic and intellectual sophistication is beyond compare. Besides her own prominent creative impact, the album also features delicate guitar work by DELAIN ex-band colleague Timo Somers.

It might be easy to get lulled into a false sense of security by the relaxed opening beat of her latest single, but do not be fooled: CHARLOTTE WESSELS’ takes no prisoners on her newest single, “Toxic”. The track starts with suspenseful, magical sounds that, together with challenging lyrics, offer a perfect symbiosis. The ambient sounds are completed with hard guitar riffs and growling screams. Staying true to her metal origin, CHARLOTTE WESSELS, proves once again that she does not care for limitations! Effortlessly, she combines various genres making versatility her trademark as she introduces an atmospheric sound with explosive potential.

“’Toxic’ is a direct response to the populism, greed, misogyny and victim blaming that come screaming from our screens on a daily basis, and with the recent overturning of Roe v Wade, it has sadly become only more relevant since its initial release on Patreon. I hope you like the song but I mostly hope the issues it deals with will be a thing of the past before I am.

Watch the video for “Toxic” HERE:

Tales From Six Feet Under – Live in Concert

CHARLOTTE WESSELS will bring her work to the stage on October 23 at Tivoli Vredenburg – Ronda, in Utrecht, NL, for her first and only live show so far: Tales From Six Feet Under – Live in Concert. She recently announced her live band, which includes several former DELAIN members and consists of Timo Somers, Otto Schimmelpenninck van der Oije, Joey Marin de Boer and Sophia Vernikov.

Starting with captivating synth-flavored track “Venus Rising”, CHARLOTTE WESSELS’ lures the listener into her multifaceted world of sound to be spellbound within the blink of an eye. Following “Human To Ruin” mesmerizes with a sweet melody that breaks into a propelling metal track, where calmer parts alter with powerful break outs. Wessels releases her power on other commanding tracks like “The Phantom Touch” and “Good Dog”, while on “The Final Roadtrip”, she presents the full range of her vocal prowess atop carefully balanced electronic beats and indie soundscapes. “Toxic” comes with an obscure, captivating whispering sound that turns into a strong sonic wall, as the album then fades out with the honest atmospheric gems “I Forget” featuring a cello performance by Elianne Anemaat, and “Utopia”.

This eclectic wealth of songs proves WESSELS’ exceptional ability to express the sincerest feelings and emotions within her art and her distinct intuition for the combination of seemingly different genres. Tales From Six Feet Under Vol II is an enchanting portent of CHARLOTTE WESSELS’ further multifaceted endeavors.

“Since May 2020, I’ve been writing and recording a new song every month down in my basement “Six Feet Under Studio”, fueled by – and released to – my tight-knit Patreon community. This album wouldn’t be there without them. I’m excited to team up with Napalm Records again to release a new collection of these tracks with a wider audience.

With Tales From Six Feet Under, I released my favorite tracks of the first year of this endeavor onto the world in 2021, and Tales From Six Feet Under Vol II is its counterpart, with my favorite tracks from the second year. There are definitely differences between the two, with the second leaning more towards the heavier side, but they do belong together.

Together they represent a time of introspection and solitary songwriting in the basement. A time that has taught me a lot and has been very meaningful to me, but also a time that, as I started this project in the middle of Covid quarantine, has already – thankfully – started changing. Not because I won’t be writing and recording Six Feet Under anymore, but because as the world is opening up again, I too will come out of the basement and out of my shell again with live concerts, and collaborations are on the horizon.”

Bewitching Tales From Six Feet Under Vol II will be available as 1LP Vinyl GOLD, 1LP Vinyl RECYCLED BLACK, 1LP Vinyl RECYCLED COLOR (Patreon exclusive) as well as on all digital platforms. Moreover, fans will get a combined 2CD Digisleeve that also includes WESSELS‘s exciting first solo offering Tales From Six Feet Under Vol I, which will be released on CD for the first time now! With this eclectic wealth of songs, she debuts a song in her native language with Dutch rocker “Afkicken”. For this occasion, CHARLOTTE WESSELS recently presented a breathtaking full production, cinematic music video. Re-watch this breathtaking work of art HERE!