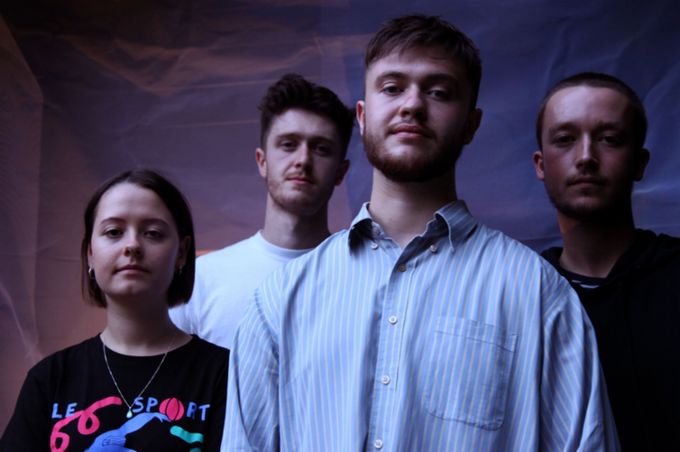 Today Chartreuse are very pleased to reveal their debut single “Three Days” which is taken from their forthcoming first EP that is due out later this year via [PIAS] Recordings. Listen to the track and watch its accompanying video HERE.

Hailing from the UK, Chartreuse create richly-textured, loose-limbed, country-kissed soul music. It oozes warmth, intimacy and melancholy. It’s a sound that roughly orbits the alt-country shaped textures of Lambchop, the unhurried grandeur of Nick Cave, and the life-affirming unity of The National. There’s something of the loungey, devil-may-care attitude of King Krule here too.  In truth, it sounds unlike any of them, an unexpectedly furtive marrying of folk, soul, jazz, and R&B in its truest sense by a young band making their deliciously beguiling first steps.

Named after a color that supposedly cannot be seen when printed (but also a French liqueur discovered by monks some 900 years ago and rogue marketed by its makers as ‘the elixir of long life’), Chartreuse find inspiration in the assorted works of Hans Zimmer and by long drives out of the city, daydreaming of future lazy studio sessions in the South of France. They all agree on assorted songs and records by Radiohead, Bon Iver, Ben Howard and Sharon Van Etten, and agree to disagree on many others. Loosely fronted by the alternate vocals of Michael Wagstaff and Harriet Wilson, these are thoughts, feelings and curiosities initially scrawled out on paper scraps and songs that act as their writers’ own personal therapy.

Conceived and sculpted in their rehearsal cabin, less in homage to Justin Vernon than the only quiet room they could realistically find, it’s offered them a private space to seclude themselves away and pour over every detail of their recorded sound.

Recorded in Tottenham with producer Luke Smith (Foals, Depeche Mode), “Three Days” is an elegiac hymn of an introduction to Chartreuse and a telling tone-setter for the eventual EP. Controlled by Michael’s husked baritone, “Three Days” sounds curiously both spacious but claustrophobic, unhurried yet vital. It’s a nocturnal mood song that begs for a quick second listen and as well-suited to late nights as it is sound-tracking early mornings. It has character, and an understated, measured confidence. Further details on the debut EP will be announced soon. Chartreuse are: Harriet Wilson (vocals/piano), Michael Wagstaff (vocals/guitar), Perry Lovering (bass), and Rory Wagstaff (drums).