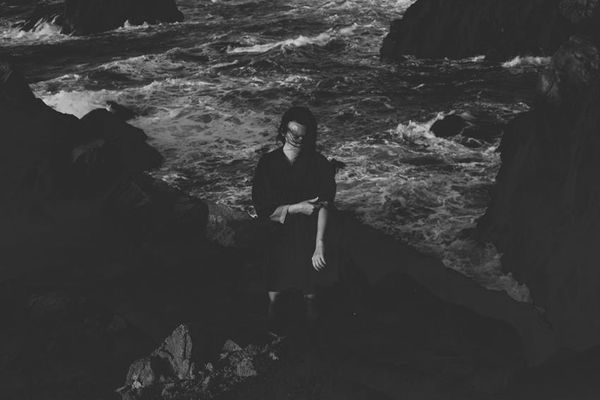 Composer and experimental filmmaker Christina Vantzou is to release her fifth album, No.5 via kranky on 11th November. Today we share a visual trailer and track from the album “Surreal Presence (for SH and FM).”

While on the island of Syros in the Aegean Sea for a film festival performance, Christina Vantzou experienced what she characterised as “a moment of focus” – a specific vision for the sprawl of raw recordings she’d been amassing for her fifth album.

Upon relocating to the Cycladic island of Ano Koufonisi she situated herself outside at a patio table with a laptop and headphones, taking brief breaks to swim, and began the “reductive process” of shaving and shaping the source material into uneasy but lyrical movements, alternately austere and adorned with strange inflections: glottal groaning, cavernous water, glittering eddies of modular synth, languorous silences.

Mixing the pieces herself without outsourcing to an engineer compounded the intimacy and autobiographical dimension of the music; she refers to No. 5 as “almost like a first album.”

Fleeting configurations of piano, wind, strings, synthetics, and field recordings, these are spaces as much as compositions, surreal grottos of shifting light, suffused with a sense of invisible divinity. Although 17 musicians appear on the record, the proceedings feel minimalist and malleable, sculpted from interstitial moments and oblique synchronicities.

The definition of a composer as “one who joins things” is here both plumbed and proven; Vantzou describes No. 5 as “a letting go,” a place of “soft borders,” unfixed and undefinable.