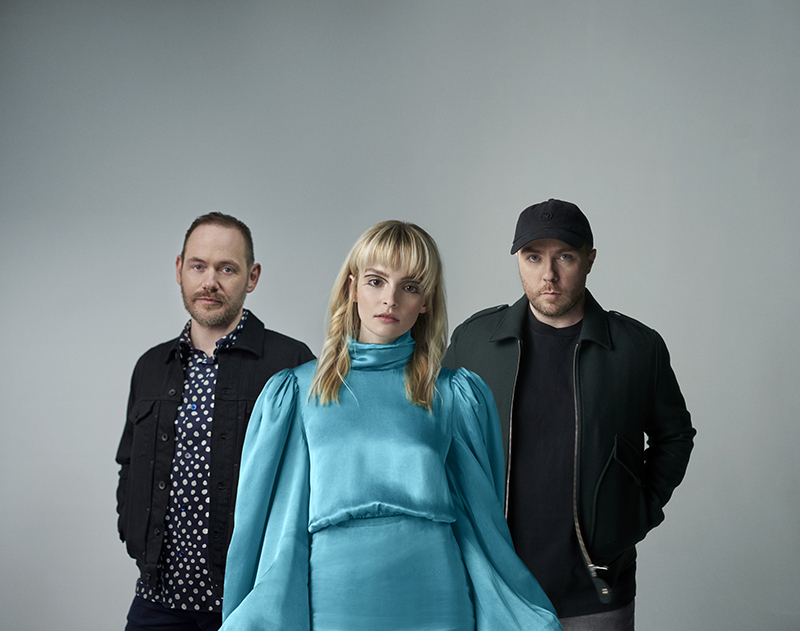 CHVRCHES today shares the official video for the new single “Good Girls.” The video is the final in a lo-fi, nostalgic, and analogue-inspired trilogy directed by multi-disciplinary artist Scott Kiernan, following previous singles “He Said She Said” and “How Not To Drown” featuring one of the band’s musical heroes, The Cure frontman Robert Smith.

“Good Girls,” is taken from their forthcoming fourth studio album Screen Violence, set for release on August 27 via Glassnote Records.

On the making of the trilogy of videos, director Scott Kiernan says: “The video for ‘He Said She Said’ dealt with doubt in making of one’s own image while under the manipulation of another; while ‘How Not to Drown’ sought an exit from a low, from feeling penned in by larger power structures, and refusing to succumb to them again. But ‘Good Girls’ portrays a certain learned confidence in knowing who and what you are, despite what others might conform to themselves. It’s having a clear vision, or something like a compound eye that can see at all angles.”

“Of course, this is the BLUE in the RGB of the video trio, like the colors that form a video image and rotate in a projector’s color wheel. And similarly, the revolving door metaphor that runs throughout the videos generates many open positions – possible developments to follow from the initial darkroom, which circle their way back again.”

“So, like ‘How Not to Drown’ before it, ‘Good Girls’ continues down from a scene in the first video and steers it to a new parallel conclusion. Near the end, we find Lauren spiraling on the studio floor, surrounded by the crew and ghosts of the previous videos, as the entire image cycle finally comes to a halt.”

WATCH THE TRILOGY OF VIDEOS:
GOOD GIRLS | HOW NOT TO DROWN | HE SAID SHE SAID

Discussing the single, Lauren says: “The opening line (killing your idols is a chore) was something I wrote after listening to some friends arguing about the present day implications of loving certain problematic male artists – I was struck by the lengths that people would go to in order to excuse their heroes and how that was so juxtaposed to my own experiences in the world. Women have to constantly justify their right to exist and negotiate for their own space. We’re told that Bad Things don’t happen to Good Girls. That if you curate yourself to fit the ideal – keep yourself small and safe and acceptable – you will be alright, and it’s just not fucking true.”

Eager to get back out on the road where the band and their impressive stage production can truly connect with their fans, CHVRCHES will embark on an extensive North American tour beginning this November. Tickets are on sale now, visit www.chvrch.es for more information.