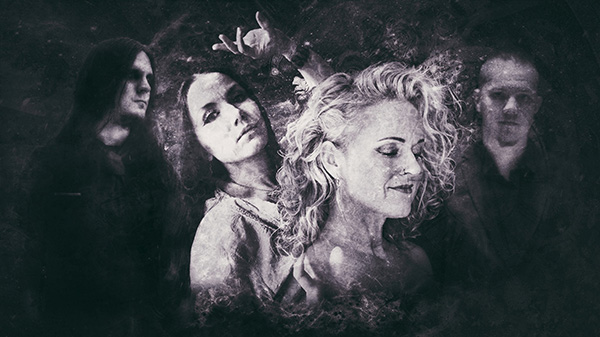 Melodic death/doom metal band Coldbound got recently back on track with its brand new single “Slumber Of Decay”, featuring the extraordinaire collaboration of Liv Kristine and Meiju Enho. After gathering an extremely successful recognition from all over the world since the single release day, the band has decided to surprise the fans with a mini-series video that will be released on the band’s Youtube channel starting from Feb 25th.

The series are divided into 6 mini episodes in 2 thematic chapters.​The first 3 episodes are diving into the details of the first single “Slumber Of Decay”; explaining the birth of the song, the reasons behind the sound’s approach, how the band came together whilst the second leg contains some misc. Trivia & fragments of the band’s personal life.​

The band states: ​​“Amidst these different and somewhat strange times, social interaction is impossible to be reached in real life. What we knew some years ago seems completely impossible to be achieved nowadays and as we in Coldbound try to remain calm and patient, waiting for the worst to overpass; just like the rest of the world does right now, we thought of this idea to launch a series of mini episodes. Episodes that are very personal as we are trying to offer to the audience a piece of our inner world filled with magical frequencies and elements, but also to give a small insight of who we really are.​The biggest fear of ours is to be divided amidst these very challenging times. We really do hope that this initiation will bring us somewhat closer to our audience and make our music to gain more understanding and context.”​​

All episodes will be available on the band’s YouTube Channel : https:/www.youtube.com/coldboundofficial​ .​